'It feels like the perfect time to be back': Cathy Dennis returns to Sony/ATV 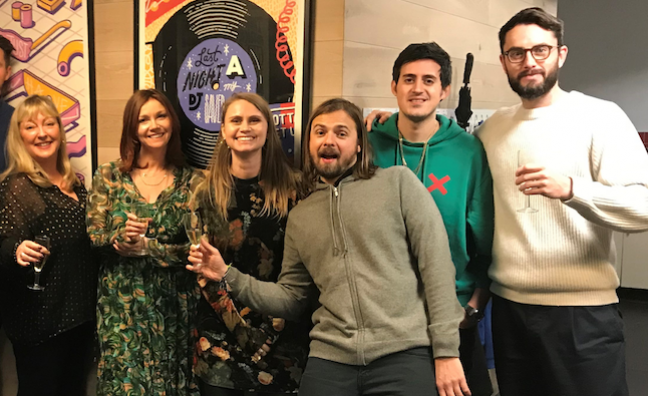 As revealed in the latest issue of Music Week, the agreement extends Sony/ATV’s representation of her hits including Kylie’s Can’t Get You Out Of My Head, I Kissed A Girl by Katy Perry and Toxic by Britney Spears, while adding songs not previously published by the company.

Sony/ATV SVP A&R/catalogue, Fran Malyan, said: “Cathy Dennis was first signed to this company [EMI Music Publishing] in 1989 when her debut single was released, so we are very excited that we have not only renewed our existing deal with Cathy but we will look after other songs in her catalogue for the first time. This includes new songs that mark a real return to form and will enhance her reputation as one of the UK’s best songwriters.”

Sony/ATV head of A&R, UK, David Ventura, said: “Having written some of the most unforgettable and timeless hit songs, it is an honour and privilege to welcome Cathy back to Sony/ATV. Her energy and drive is contagious and we cannot wait for this new chapter to start.”

Dennis added: “I’m very excited to be back working with the team at Sony/ATV. Most of my biggest successes of my 30-year career came whilst previously signed here. It feels like the perfect time to be back with them and I’m in a great place creatively.”

Dennis has been honoured with a number of accolades, including six Ivor Novello awards. Last year she received the Outstanding Song Collection award at the Ivors.

She co-wrote the theme to American Idol, which won her multiple ASCAP Awards, and hit singles for the show’s winning contestants Kelly Clarkson and Clay Aiken.

Kylie’s Can’t Get You Out Of My Head won Dennis three Ivor Novello awards, including PRS Most Performed Work and International Hit of the Year. She went on to co-write Come Into My World, another UK Top 10 hit for Minogue and a Grammy winner as Best Dance Recording.

To read the Music Week interview with Cathy Dennis and the Sony/ATV team, subscribers can click here. To subscribe and never miss a big industry story click here.