'It's incredible to think that it's now 20 years': Sony/ATV renews partnership with Pharrell Williams 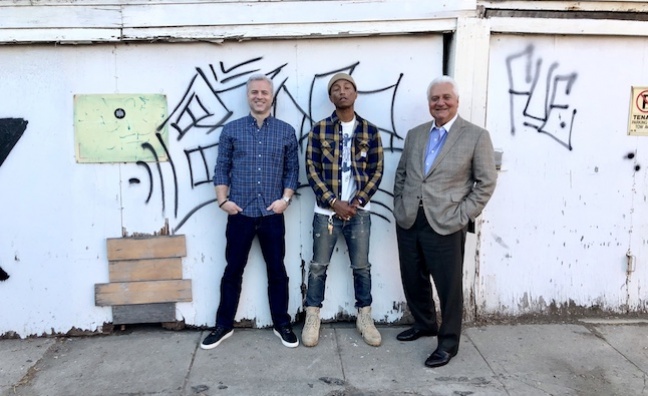 The agreement between the publisher and the multi-Grammy-winning songwriter, artist and producer takes their partnership into its third decade. It covers hits written and co-written by Williams including Happy, Get Lucky, Blurred Lines and Havana, as well as future compositions.

Sony/ATV Music Publishing chairman and CEO Martin Bandier said: “Pharrell has been part of my extended music business family for two decades and his talent, creativity and songwriting abilities are only exceeded by his humanity. We are delighted and proud to continue to work with him and his team.”

Pharrell Williams added: “It’s incredible to think that it’s now 20 years since I first signed a publishing deal with these guys. I look forward to continued success with Marty, Brian Monaco and Sony/ATV.”

Williams’ recent projects include Justin Timberlake’s album Man Of The Woods, which features nine of his songs. N*E*R*D have returned with the Rihanna-fronted Lemon, while Williams co-wrote Migos’ Stir Fry.