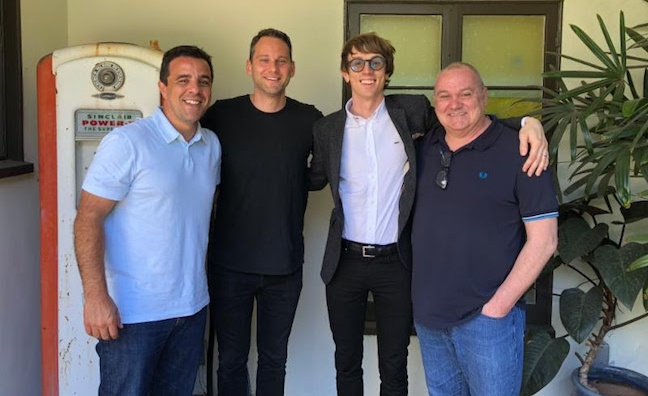 The agreement with the independent publisher has been announced ahead of the release of Panic! At The Disco’s new album, Pray For The Wicked, which features co-writing and production by Sinclair.

Sinclair began his production career as an engineer for Butch Walker and worked with artists including Taylor Swift, Pink, Avril Lavigne, Keith Urban, Panic! At The Disco, Fall Out Boy, Weezer and Train. He went on to produce a platinum single for 5 Seconds Of Summer (She Looks So Perfect).

After launching his own studio in Echo Park, Sinclair produced albums for artists including Panic! At The Disco and Weezer.

"As a musician, engineer and producer, Jake has made a huge impact on contemporary music, working on some of the biggest hits of the last decade," said Casey Robison, partner, Big Deal Music Group. "What makes him an even more valuable collaborator to the artists he works with is that he is also an accomplished writer and composer, working on a number of tracks over the years that have gone on to be No.1 hits. We're thrilled to have him in the Big Deal Family."

Sinclair added: "My mom and dad always said that if I put in the hard work and didn't give, up that I could be a 'big deal' someday, but they were completely wrong. However, they'll be thrilled to hear that I've signed with Big Deal."

Sinclair, who is managed by Evan Taubenfeld at Crush Management, is currently touring with Beck.