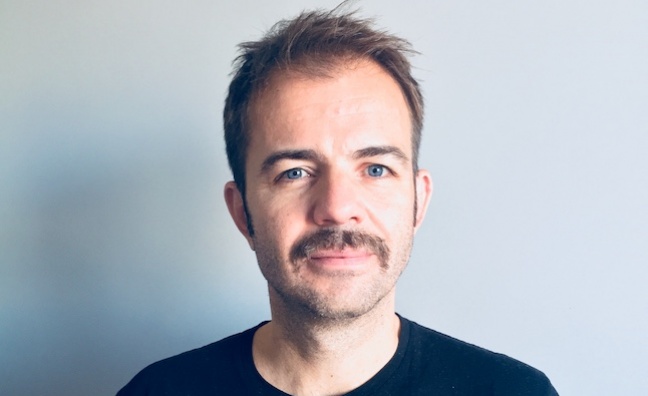 Warner/Chappell Music Spain has appointed Javier Dean as A&R director, based in Madrid.

Santiago Menéndez-Pidal, MD of Warner/Chappell Music Spain, said: “It’s with great pleasure that I welcome Javier as our new A&R Director. His extensive experience in the music industry makes him a key addition to our team.  He has a passion for music and an ability to build teams, as well as a natural talent for making artists and songwriters feel at ease and at home."

Dean added: “Working again with Santiago means a lot to me, since he was my mentor when we worked together at EMI Publishing. We share the same understanding when it comes to the creative community, which means we always put the songwriters first. I'm very excited to join Warner/Chappell Music and am looking forward to working with the team to further build its great roster of artists and songwriters."

Dean joins Warner/Chappell Music from Sony/ATV Spain, where he worked as president of A&R.  Over the course of his career, he has worked with Spanish artists and songwriters including Bebe, Carlos Baute, Dvicio, Lori Meyers and Russian Red.

Between 2006 and 2012, Dean worked at EMI Publishing, first as senior A&R creative, and then as President of A&R. Following the merger between EMI Music Publishing and Sony/ATV in 2012, Dean continued to serve as president of A&R for Sony/ATV Spain, signing established and developing acts such as Dellafuente, Dvicio and Taburete.