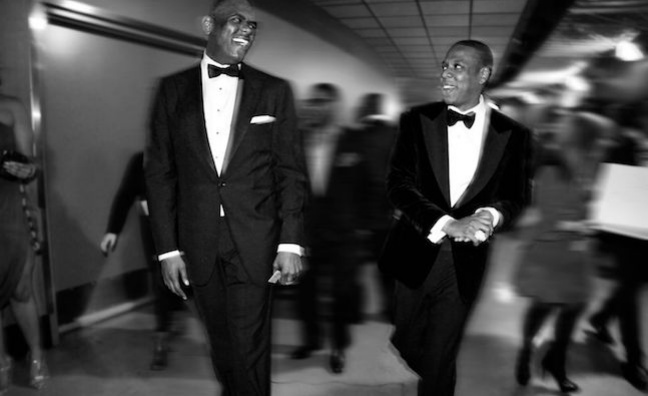 Jon Platt, chairman and CEO of Warner/Chappell Music, has announced that Jay-Z will be joining him for the City Of Hope gala in LA next month.

The rap star will present the prestigious Spirit Of Life Award to Platt at the event on October 11. Pharrell Williams was recently announced as the host.

The event supports the clinical research and treatment centre for cancer, diabetes and other life-threatening diseases. Each year City of Hope recognises a philanthropic leader whose work has impacted music, film or entertainment. Previous recipients include Quincy Jones, Clive Davis, Shelli and Irving Azoff, Doug Morris and Sir Lucian Grainge.

Platt said: “It’s no secret that I don’t like being the centre of attention, that’s for the songwriters, but when I accept the Spirit of Life award this fall, I can’t think of anyone else I’d rather have presenting it to me. Jay is unquestionably one of the most giving and genuine people I know, not to mention one of the greatest songwriters on the planet. I feel lucky to call him my brother. October 11 is going to be a really special, unforgettable night.”

Jay-Z will have just returned from the On the Run II Tour with Beyoncé, on which the couple have been promoting their Everything Is Love album as The Carters.

Last year, Jay-Z was the first rapper inducted into the Songwriters Hall of Fame, an award which Platt accepted on his behalf. The rapper’s annual Made in America music festival was staged over the weekend in Philadelphia, featuring Kendrick Lamar, Nicki Minaj, Meek Mill and Post Malone.