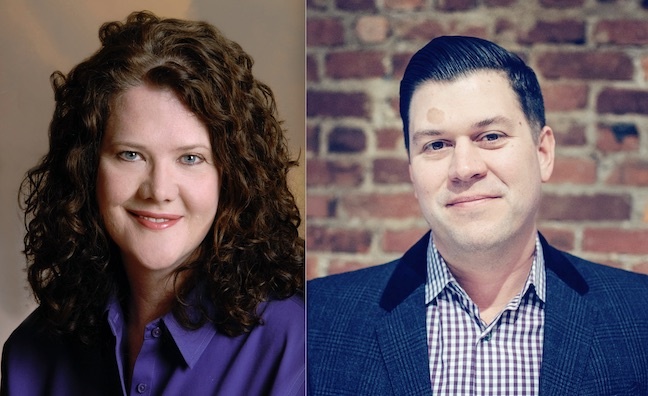 Kobalt has announced the promotion of Stephanie Cox to general manager of its Nashville office and Jesse Willoughby to SVP of business development.

Jeannette Perez, CEO of Kobalt, said: “Since joining Kobalt in 2011, Stephanie has been a key player in the growth and success of Kobalt Nashville. Stephanie is known in the community to be a creative force. We’re confident her leadership will be critical in the further growth of Kobalt Nashville for our team, songwriters and partners.”

Cox started her career at Little Big Town Music and continued honing her skills at Reba McEntire’s Starstruck Entertainment where she was instrumental in establishing the career of Grammy award-winning Mark D. Sanders. She went on to run the creative team at MCA Music and helped them win ASCAP’s Publisher Of The Year award. After, Cox branched out to form Larga Vista Music where she worked with likes of George Strait, Tim McGraw, Miranda Lambert, and The Band Perry.

“I am thrilled to continue my career with one of the most innovative and progressive publishers in the world,” said Cox. “Getting to work with our amazing global creative staff and lead our Nashville office is an amazing opportunity and I am excited for the future.”

Nashville-based Willoughby, meanwhile, will be responsible for the strategic growth of Kobalt’s catalogue via acquisitions, partnerships and direct signings. Most recently, Willoughby was GM of Kobalt Nashville, where he led the development and operation of Kobalt’s Nashville business.

Jeannette Perez, chief experience officer of Kobalt, said: “Jesse has been instrumental in establishing Kobalt as a top publisher in the Nashville community. We are excited for him to take on this new role where he will undoubtedly use his expertise and relationships to continue to drive Kobalt’s roster on a global level.”

Willoughby joined Kobalt in 2014 as Director of Business Development for KNR out of their LA office, growing the business significantly over the next two years with signings including Calvin Harris, Bruno Mars, Ariana Grande, Shakira, Carly Rae Jepsen, Lukas Graham and A$AP Rocky. After relocating to the Nashville office in 2015, he transitioned into the GM role of Kobalt Nashville in 2016, overseeing the day to day operations and management of Kobalt’s Nashville business.

Willoughby said: “It’s been an honor to head the Nashville office for the last five years, I'm incredibly proud of what we were able to achieve during that time. I am looking forward to this new challenge and opportunity to further Kobalt's growth and impact on a global scale.”