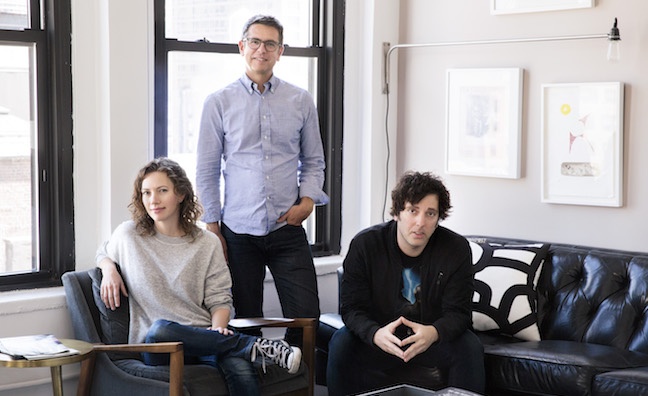 Kobalt's Capital fund has acquired Songs Music Publishing's catalogue in a deal said to involve most of the major players in the music publishing business bidding for the rights.

“I met Willard when I first started Songs in 2004,” said Pincus. “He was one of the first people to believe in our vision of a music publishing company providing revolutionary creative service to contemporary songwriters.”

“At Songs, music publishing is first and foremost a people business. We’ve had the opportunity to work intimately with groundbreaking songwriters at a time when the music business of tomorrow is being created. In addition, we’ve been able to build the most talented team of young professionals in the business. That the result of our work is a catalogue we created writer by writer and song by song, representing a decade of popular music in all formats – including many of tomorrow’s evergreens – is a testament to our approach.”

He added: “Carianne Marshall, Ron Perry and I built Songs with a forward-thinking stance, a fierce commitment to songwriters and their compensation, and a focus on long-term relationships. Songs is a truly independent company – 100% owned and operated by us since its inception. After many years of hard work and personal investment in the company, we decided that it was time for us to look for new horizons.

“That is why I feel so fortunate to now hand Songs to Willard, Laurent and the entire Kobalt team, who together have demonstrated a time-tested commitment to songwriters through their dedication to transparency, honesty and independence. It’s because of these characteristics and our longstanding relationship that we are confident there is no better partner than Kobalt with which to continue our legacy.”

While other independent publishers expanding by acquiring catalogues, Songs focused on strategic signings and long-term development deals with individual songwriters.

“I was first introduced to Matt in 2004 by Michael Selverne when Songs was just starting,” said Ahdritz. “Since then, first as a client and then as a friend, Matt has built a remarkable company with a combination of great creative vision and a deep business understanding. The results are an extraordinary music publishing company. I am honored that Matt has trusted Kobalt to take care of his songwriters and songs. We are looking forward to delivering an outstanding service in their new home.”

Kobalt Music president and chief revenue officer, Laurent Hubert, said Pincus, president Ron Perry and Carianne Marshall, head of creative licensing, have done an “incredible job of building Songs into a truly viable alternative to the majors for the world’s most creative artists”.

He added: “We agreed early on, that any deal with Songs should be a win all around and most importantly, benefit the Songs clients. I made a promise to him, as I do to all of our publishing clients, that we will maximize the value of their music through superior collection, creative and marketing services.”