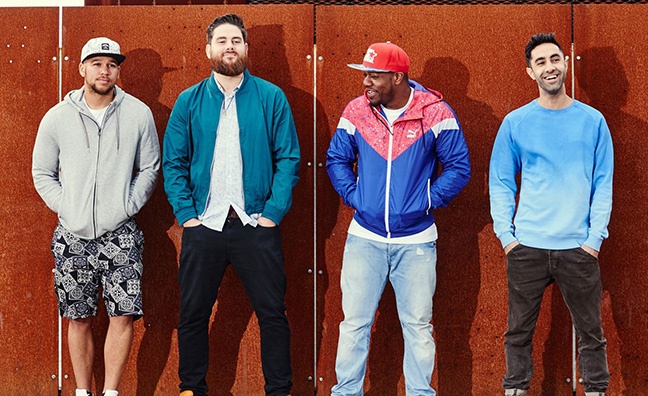 Kobalt has signed a publishing deal with Rudimental.

The worldwide agreement covers publishing administration for all of Rudimental’s future works, starting with their latest single, Sun Comes Up. Sony/ATV has the Rudimental catalogue.

Sam Winwood, SVP of creative at Kobalt, said: “Rudimental is not only one of the most exciting and important bands to come out of the UK in recent years but they have also helped discover and launch a whole new generation of great UK artists and continue to do so.”

Rudimental’s 2013 debut album Home debuted at No.1 and has total sales of 617,692, according to Official Charts Company data. The No.1 single Waiting All Night feat. Ella Eyre won a BRIT Award in 2014.