Laurent Hubert on how Kobalt changed the music business 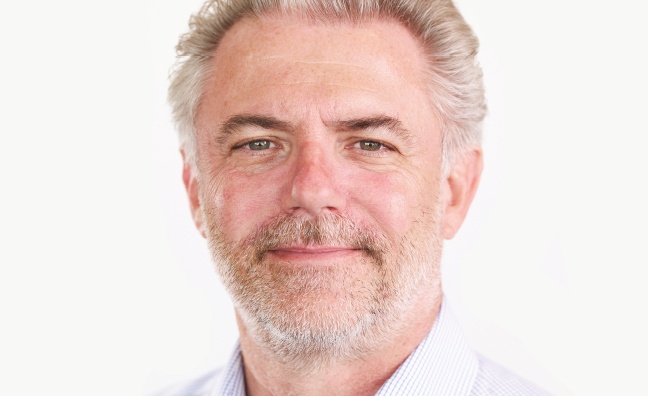 Kobalt chief Laurent Hubert has reflected on the company's transformative impact on the music business in a new interview.

Founded in 2000 by Willard Ahdritz, the indie publisher has established a reputation as one of the most forward-thinking companies in the entire industry.

“We’ve changed the business fundamentally on a number of metrics," Hubert told Music Week. "Transparency is a core value for us, and that is a fundamental shift in this industry. Kobalt has also brought technology as a tool to communicate that transparency.

"Trying to simplify and streamline the ecosystem is something that I think will last forever and we’ve been the first to do it."

We started as a disruptor, but we evolved and became more of a transformer, and I’m far more interested in transformation.

"When we felt that collections could be a risk in the context of the digital transformation, we didn’t want to expose all clients in our company to that risk," he said. "The idea of integrating that and thinking in those terms is fundamentally different from what the industry had been doing. What we have brought to the industry is more than pure features and services, it’s the fundamental philosophical shift in culture."

Despite Kobalt's reputation as a music business disruptor, Laurent Hubert suggested the word "transformer" was a more apt description for its current incarnation.

"In the context of disruption, there’s always the notion that there is a winner and a loser, and we believe that the problems are so large and complex that the only way to resolve them is as a community," he said. "It’s true that we started as a disruptor, but we evolved and became more of a transformer, and I’m far more interested in transformation.

The Los Angeles-based Parisian added that Kobalt had never deviated from its core, guiding principles.

With every initiative you do to reduce leakage today, you have exponential benefit going forward

"Our view is that if you look at the whole framework of music wealth, generally speaking, there is still a fair amount of leakage," he said. "Looking specifically at music publishing, the leakage is probably in the range of 20-25%. The goal of eliminating that is very ambitious, but we can certainly reduce it.

"Let’s say we’re looking at an industry that is [worth] $8 billion and assume a quarter of that is leaked. If you can reduce that by half, that would be $1bn going back into the pockets of writers and creators – and that’s not factoring in growth in music consumption or pricing. So with every initiative you do to reduce leakage today, you have exponential benefit going forward.”

Hubert also described his dynamic with Kobalt founder Willard Ahdritz, who he succeeded as CEO in 2020, with Ahdritz becoming chair.

“Willard is not operationally involved in the business, but we talk at least a couple of times a week," explained Hubert. "He’s the chairman of the board so is obviously involved on all governance matters and strategic issues. There’s always an opportunity to exchange views and benefit from his experience as the founder of the company, but also as a great observer of the industry. If you think about Willard and the way he’s transformed the business, he has shown a great ability to anticipate where the industry is going.

“Willard started this business with the view that the system was broken and was not fair to creators. I’m pleased to say that we’ve made quite a bit of progress, but there is still much more to achieve. So there’s absolute continuity of Willard’s vision."

Subscribers can read the full interview with Hubert here.