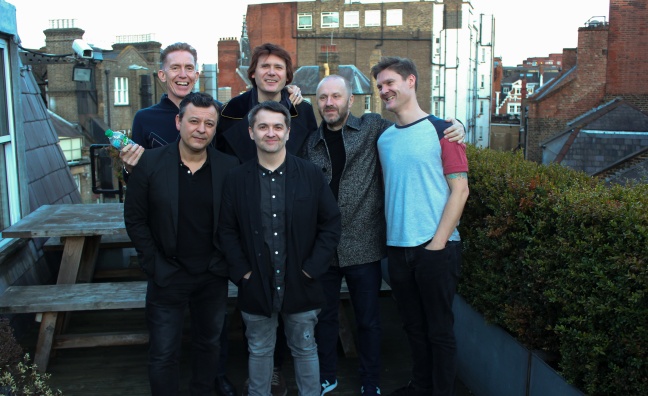 Smith, who has swooped for writers including Liam Gallagher, J Hus and Katy B since taking over at the publisher in 2016, was boss of the Manics' record label, Columbia, in the late 2000s and oversaw the release of three of the band's most acclaimed albums.

"I came in when James [Dean Bradfield, vocals] and Nicky [Wire, bass] were doing solo albums," Smith told Music Week. "Then we did Send Away The Tigers together, Postcards From A Young Man and that wonderful album Journal For Plague Lovers [featuring lyrics by missing founding member Richey Edwards], which was a real labour of love on all of our parts, so it was a great arc.

"What was wonderful is that they had a bit of a bruising on the back of the record before Send Away The Tigers [Lifeblood] and there was a real kind of, ‘Where do we go from here?’ [moment]. It was great to be able to work with them and get them back playing arenas again."

The Welsh trio release their 13th album, Resistance Is Futile, via Columbia/Sony on April 6.

Smith added: "It’s not a catalogue deal, it’s a futures deal. As far as I’m concerned, it’s all about building the catalogue of tomorrow with the Manics and the records we’ll be working on with them from this point onwards."

Wire, the band's lyricist, said Smith was the driving factor behind their decision to sign with Warner/Chappell. "It's nothing against Sony/ATV, we’ve been with Sony publishing for 23/24 years," he told Music Week. "But just to work with Mike again felt like an opportunity we couldn’t miss."

See the new issue of Music Week for more on this story and Smith's vision for Warner/Chappell.