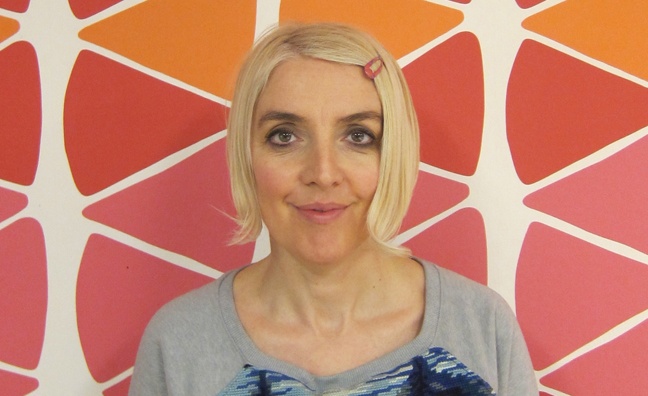 The music industry has reacted positively to the European Parliament vote in favour of reforming the EU’s digital copyright rules.

The European Parliament passed the proposals, including Article 13, which includes provisions for online platforms to police copyrighted material that appears in user generated content, earlier this afternoon (September 12).

Welcoming the vote, which will trigger negotiations between the EU’s three main institutions before it comes into law, GEMA’s CEO, Dr Harald Heker, declared “the foundation for a modern copyright which complies with the digital age has been laid."

He added that "this step has been long overdue" and the proposals would "ultimately secure the cultural diversity in Europe. The vote in the EU Parliament now strengthens the position of creators vis-à-vis online platforms – without restricting users’ rights.”

IMPALA’s Helen Smith (pictured) also welcomed the vote suggesting “this is a great day for Europe’s creators. The Parliament has sent a clear message that copyright needs to be modernised to clarify obligations of platforms with regard to the creative works they distribute."

She added: "This means that we can finally enter the last phase of negotiations to secure a fair and sustainable internet. We thank the rapporteur Mr Voss for standing firm and showing leadership and all the parliamentarians who voted in favour today. Platforms facilitate a unique relationship between artists and fans, and copyright reform is about rebalancing the licensing framework around this".

He said he hoped that the vote would be “an important step towards creating a fairer internet that encourages and rewards creativity. We are grateful to the members of the European Parliament who stood up for the creative community, since this now opens the way for a Copyright Directive that can close the value gap and boost investment into new British music and other new content.”

PRS For Music CEO Robert Ashcroft - the man who invented the term 'value gap' - welcomed the European Parliament's decision, acknowleging the vast amount of effort that had gone in to making the case for digital copyright reform.

"The European Parliament today took a bold step forward to ensure a functioning and sustainable digital single market for creative content," he said. "PRS For Music has fought from the beginning for digital services to pay all creators fairly for the content they use. Today’s vote was a ringing endorsement of our work and that of our colleagues in the industry over the last five years."

The IFPI also added their voice to the “others in the creative community in thanking the European Parliament for its work on this proposal in the most difficult of circumstances", while the Music Managers Forum's Annabella Coldrick praised the vote, while highlighting the importance of Articles 14, 15 and 16 within the directive.

"We call upon the Council to adopt the Parliament’s text in full, including a new provision on revision rights where an artist's music is not being exploited by rights owners or reporting is absent," she said.

However, he insisted efforts must be maintained to ensure the proposals remain intact as the European Parliament, the Commission and Council now come together to agree a Directive.

“There must be no watering down of this breakthrough commitment to creators," said Dugher. "It’s important that everyone continues to work together to implement real change as quickly as possible.”

The MPA Group of Companies's CEO Jane Dyball agreed that while a great step forward, work still needs to be done following the vote.

“We are not quite home and dry, but today’s Article 13 decision takes us a step closer to securing proper value for creative works from those digital services who build their own fortunes at the expense of individual creators," she said. "This has been a joint effort from across the music industry and broader creative industries and shows what can be achieved when we work together on matters of crucial importance.”

PPL's Peter Leathem also highlighted the work of the #LoveMusic campaign. “The vote in favour of Article 13 of the Copyright Directive today is a victory for the future of our music industry," he said. "It is a vital step towards ensuring all music creators, including PPL’s members, are fairly rewarded when their music is used or listened to online. We extend our thanks to all those who came together to support the #LoveMusic campaign and to the MEPs who today chose to stand up for music rights in the digital environment.”

AIM CEO Paul Pacifico said: “It is a great day for culture and music in Europe as the Copyright Directive is adopted by the European Parliament. I would like to thank the MEPs from all parties for their energetic and highly engaged approach to this very sensitive and important legislation that stands to benefit the next generation of music artists and creators online who generate the content we all enjoy.”

The ICMP's chair Chris Butler echoed those sentiments declaring the "Article 13 of the Directive is necessary to redress the grotesque imbalance music publishers face online and we urge Mr Voss and his team to stand firm in their upcoming negotiations with Member State governments", while CISAC director general Gadi Oron took a swipe at efforts by tech companies to swing the vote their way, saying the MEPs had decided to back the proposals "despite an onslaught of misinformation by big tech companies." He added that: "The proposed copyright directive is a big step forward in restoring the value of works to creators who make them."

Songwriter and CIAM President, Eddie Schwartz, agreed stating: “This is a seminal moment in the future of music creators and indeed all creative people in the EU and around the world. The EU Parliament has clearly shown the way towards not only a new dawn for reinvigorated cultural industries and individual creators, but also the equitable distribution of wealth in the flourishing digital economy.   We trust this historic vote will be endorsed in January 2019."

Anders Lassen, president of GESAC, called the vote “a victory for Europe and its independence from a few tech giants who have profited off outdated legislation to further consolidate unhealthy dominance and to siphon value out of Europe and its creators.”

However, online platforms set to come under the future rule, including YouTube, have insisted that close collaboration with creators, rather than legislation, remains the best route forward.

“People want access to quality news and creative content online," a spokesperson from Google told Music Week. "We’ve always said that more innovation and collaboration are the best way to achieve a sustainable future for the European news and creative sectors, and we’re committed to continued close partnership with these industries."

In addition, many members of the public have taken to social media to criticise the vote, suggesting that the proposals will stifle freedom and creativity online.