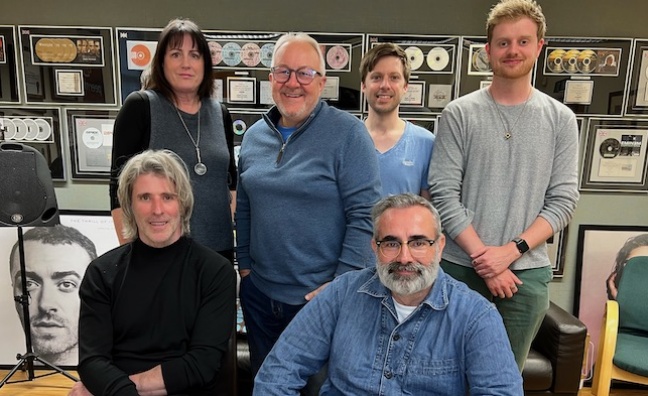 The founder of record label and publishing company Xenomania, Higgins has produced and co-written more than 35 Top 10 hits including songs by Kylie Minogue, Girls Aloud and Sugababes. He co-wrote Cher’s 1998 worldwide hit Believe. Higgins also collaborated closely with Girls Aloud, co-writing and producing most of their five studio albums.

Brian Higgins and Peermusic’s Mike Sault have a history of working together: Sault initially signed Higgins to Warner Chappell in 1997 back when Sault was an A&R manager.

“I’m delighted to be back working with Brian again," said Sault, head of A&R at Peermusic UK. "Having someone as influential, innovative and prolific as Brian joining us at peermusic is a complete honour. He’s the epitome of what a great songwriter should be, and without doubt one of the best writers/producers of his generation, behind some of the greatest moments in UK pop over the last 20 years or so. Most importantly the new music is incredible, and so here’s to the next chapter which we’re super excited for.”

Nigel Elderton, managing director of Peermusic UK, said: “Brian Higgins is one of the most well-respected songwriters in the UK and as his discography shows he has created countless hits for some of our most notable pop artists We are delighted to represent him as his new publisher and we’re very much looking forward to working with Brian and his team during the next exciting phase of his career.”

Brian Higgins added: “I’m incredibly grateful to have the opportunity to work with Nigel, Mike and the rest of the wonderful peermusic team. As I continue moving forward with new projects it’s important that I have a collaborative and supportive team at my side, and I know this new partnership with peermusic will be just that.”