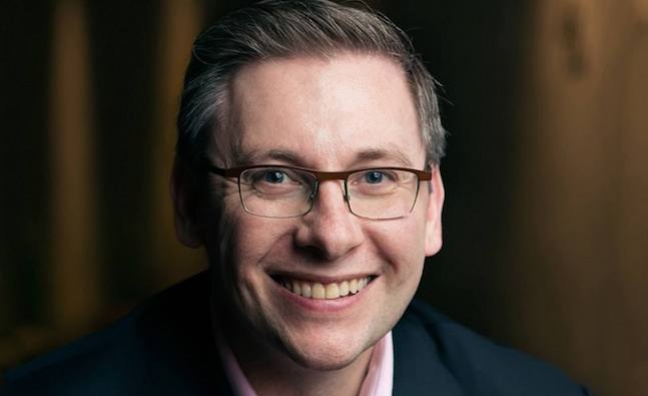 The MPA Group has named Paul Clements as Jane Dyball’s successor at the MPA Group.

After five years in the post, Dyball is stepping down as CEO after implementing a big shake-up at the organisation. She was honoured with the Outstanding Contribution award at the Music Week Women In Music Awards.

Clements, who is currently executive director of membership, international & licensing at PRS for Music, joins the MPA Group in February 2019.

“I am both honoured and delighted to have been offered the role of MPA Group CEO and am looking forward to building upon the solid foundations of Jane Dyball and her team’s excellent work over the past five years,” said Clements.

As well as being the trade association for UK music publishers, the MPA Group comprises the Mechanical Copyright Protection Society (MCPS), which is on course to distribute in excess of £140 million of mechanical royalties in 2018. Dyball oversaw a recovery in its finances following its move to become a standalone business.

Dyball revamped the MPA service to its members, and developed new licensing schemes at PMLL (Printed Music Licensing Limited), as well as overseeing the independence of IMPEL from the MPA.

Paul’s knowledge of our industry, commercial expertise and longstanding relationships will serve him well

“It is a tribute to Jane Dyball’s excellent stewardship that we were able to attract such a high calibre of candidates as MCPS enters the next phase of development,” said MCPS chair, Chris Butler. “We are excited to have secured Paul’s appointment and look to the future with confidence.”

“We are delighted that Paul is joining us as CEO of our group,” said MPA chair, Jackie Alway. “His ability to engage on issues with intellectual focus, as well as communicate with clarity and passion makes us excited about his future advocacy on behalf of our community. In addition, he brings a keen business brain, which will help expand the reach of our PMLL business.”

Robert Ashcroft, CEO of PRS For Music, said: “I would like to congratulate Paul on his appointment and look forward to working with him in his new capacity as chief executive of the MPA Group of Companies. Paul has given 22 years of service to PRS for Music and we are indebted to him for his considerable contribution to the business. Under his stewardship of our licensing division, revenues have grown consistently, allowing us to distribute more money every year to our songwriter, composer and publisher members. Paul’s knowledge of our industry, commercial expertise and longstanding relationships will serve him well in his new role.”