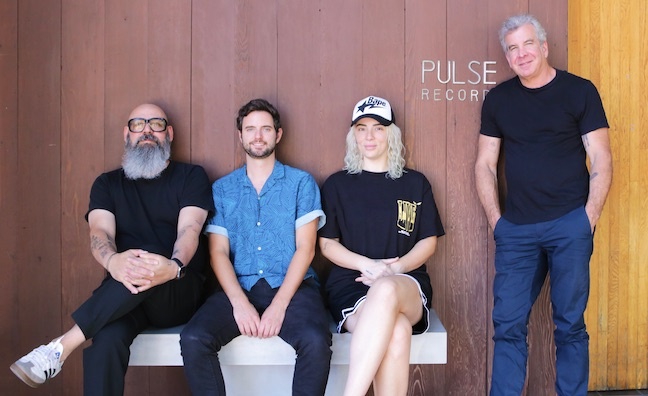 Gringer was previously senior creative director at Pulse. He is based at the company’s Los Angeles headquarters and reports to company president Ashley Calhoun. His responsibilities include signing and developing the publisher’s roster of songwriters and producers, and helping to oversee international creative affairs.

“Pulse Music Group’s A&R team has an instinctive, deft ability to find and sign unique talent early and then works really hard to create impactful opportunities to help our writers and producers share their music with the world,” said co-CEOs Scott Cutler and Josh Abraham. “Steven is a key member of our team - he has a rare ability to work across genres, landing pop, latin, hip-hop and international opportunities for our roster. This is one of the things that has earned him respect from the broader creative community. Steven’s work for our roster has been an important part of the Pulse A&R team’s success and we’re thrilled to recognise that with this promotion.”

“Pulse Music Group has established itself as a very forward-thinking music publisher,” said Steven Gringer. “The company culture has given the creative team an incredible vision and philosophy for nurturing and developing talent - that’s what sets us apart from other music publishers. Our team’s passion for artistry and music continues to inspire me every day. Our diverse roster is a reflection of the company’s mission to create a sanctuary for musicians, created by musicians. I am fortunate to have been a part of the company for over eight years, and I’m incredibly thankful to Scott, Josh, and Ashley for their belief in me. It is an honour to continue to work with Pulse’s brilliant team and roster.”

Gringer has also contributed significantly to the development of the company’s Latin, pop, hip-hop and international roster.

Gringer joined Pulse in 2014 as A&R coordinator and was quickly promoted to creative director that same year. In 2018, Gringer was promoted to senior creative director. Prior to joining Pulse, Gringer worked in A&R at Shapiro Bernstein Music Publishing, working with a roster that included contemporary artists David Guetta and Joywave.

Pulse currently has the No.1 spot on the US Hot 100 charts with Harry Styles’ As It Was (via co-writer Tyler Johnson).