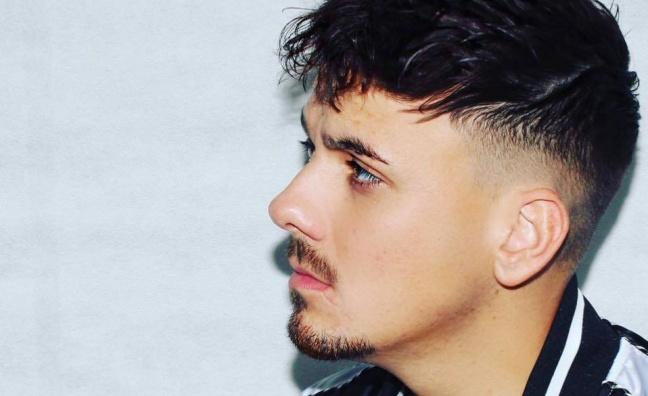 Sentric Music Group has announced it has signed Danny Dearden to its Black Rock division. The singer/songwriter has more than 15 million streams on Spotify, with his monthly listeners hitting 600,000 in 2020.

He has previously collaborated with a host of prominent names, including Mark Villa, Going Deeper, Aexcit, Erlandsson, Dario G and Bobby Harvey.

Speaking about the deal, Danny Dearden said: “I’m really excited to be joining Black Rock/Sentric. It’s a dream come true to sign such a great publishing deal and I can’t wait to get working with the whole team. They really understand me and my music, so I’m sure this will be an amazing collaboration that will further my career.”

Parker is owner and director of artist management company Motion, and a founding member of the Association For Electronic Music’s Diversity & Inclusion working group. She has previously worked with AFEM, American Express, Boomtown, The Great Escape, Brighton Music Conference, AWAL and Spotify.

In her role at Sentric, Parker will “facilitate collaborations between the publisher’s electronic music producers and the Group’s singer/songwriter talent, which has already delivered collaborations with Matador, Macky Gee, Piero Pirupa, Supernova, Rahh, Mizbee, Katy Alex, LOA., Deetranada and Ashley Slater, with releases signed to Toolroom, Defected, Down 2 Earth and Lapsus.”

Shino Parker said: “As an artist manager, I have worked tirelessly to defend and champion the rights of singer/songwriters and featured artists, whilst opening up long term creative partnerships with labels, managers, artists and publishers. So, I jumped at the chance to take that experience to an ever-growing number of incredibly talented ‘voices’ within Sentric Music Group.”

An official press release stated that “the two moves represent an expansion of Sentric´s vocal and songwriting talent, complimenting the company’s already enviable roster of writers, producers and labels within the genre.”

Sentric’s director of electronic music, Mark Lawrence, added: “Expanding our electronic music creative resource is a no brainer with our ever-growing talent pool. We are already seeing the immediate impact of Shino’s expertise and hard work with a fast-growing list of collaborations. On the back of the expansion in our operations and resourcing, we are delighted to welcome Danny to the Black Rock family, he is an great writer and outstanding vocalist and we look forward to seeing what creative output we can deliver together.”