'She has influenced a generation of songwriters': Peermusic signs Linda Perry 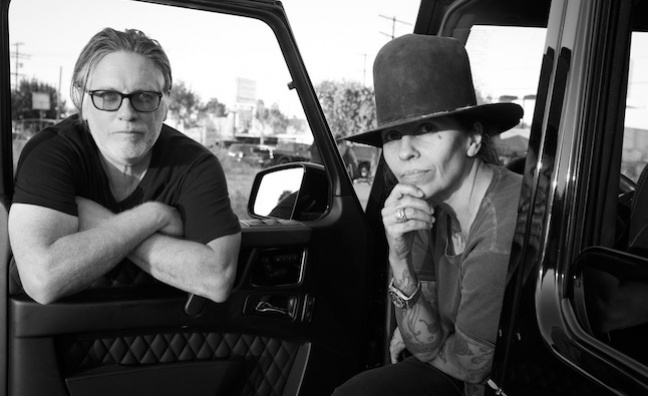 Peermusic has signed Linda Perry to a global publishing agreement and formed a JV with the legendary songwriter.

The joint venture agreement is for Peermusic to represent the publishing of We Are Hear Music, the record label, publishing and management company set up by Perry and business partner Kerry Brown (pictured together).

Perry has joined Peermusic in a new publishing deal that will include all of her future works.

Both deals were co-signed by Spanberger out of the US and Elderton out of the UK, as part of the company’s collaborative effort within its international network to sign top talent and help them reach new global audiences.

“Linda Perry is not only one of the most talented artists, writers and producers on the planet but her energy and vision for We Are Hear Music is inspiring,” said Spanberger. “The artist-first philosophy that she and Kerry are shaping is something we do at Peermusic as well, so I know we’re going to be great partners. Nigel and I are both huge believers in their approach and look forward to working with them on achieving success around the globe.”

Elderton added: “Linda has influenced a generation of songwriters and I’m a huge fan of her work. I’m thrilled Kathy and I were able to work together to bring Linda to Peermusic as well as start what I’m sure will be a fruitful partnership with Linda, Kerry and the We Are Hear team. There are many exciting opportunities for them to succeed in the UK and global markets and it’s wonderful that Peermusic will be a part of that.”

Perry has written songs for Pink, Adele, Christina Aguilera, Gwen Stefani and Alicia Keys. She was a 2015 inductee of the Songwriters Hall of Fame.

Based in Los Angeles – with three recording studios and a vinyl pressing plant – We Are Hear is focused on developing artists.

“Kerry and I started We Are Hear because we believe in music, we believe in community and we believe in empowering artists,” said Perry. “In order to effect change, you need to look for partners that have the same beliefs. We are excited to have found this partnership with Kathy, Nigel and the Peermusic team. Together, we will create a unique model for the future generation of songwriters.”