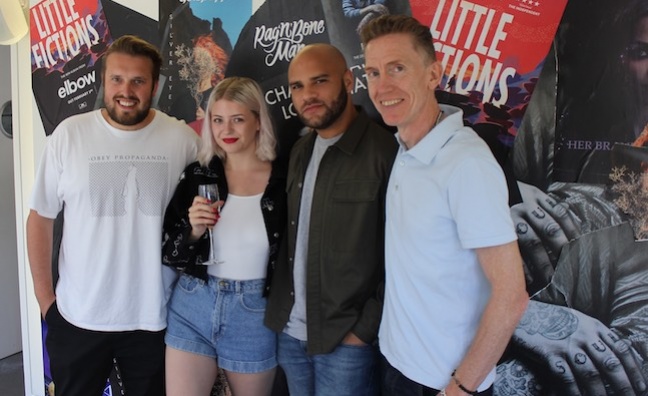 Warner/Chappell Music has signed a worldwide publishing deal with songwriter and artist Kloe.

Saul Fitton, international creative manager, Warner/Chappell Music UK, said: “Kloe is someone I’ve been following for years. She’s an amazing talent and a high-level songwriter so it’s great that we’ve been able to bring her in to Warner/Chappell. She is someone that the whole company is excited about.”

Kloe added: “It feels amazing to join Warner/Chappell. I’ve known Saul for a while and feel really supported by everyone I’ve met at Chappell. Chappell feels like the right place for me to take my writing to the next level."

The Warner/Chappell signing follows her focus on becoming a globally successful topline songwriter. She has been writing and working with top writers and producers, in both the UK and US, and currently has songs taken for artists such as Kehlani, Miley Cyrus, Kesha, Maluma, NOTD, Rita Ora and Ellie Goulding.

She recently co-wrote Gucci On My Body for the American singer and social media personality Baby Ariel.

The in-demand songwriter from Glasgow began writing songs while still in school. After going on to perform at King Tuts, she was spotted and signed to Columbia in the UK. She released her debut EP, Teenage Craze, in 2016. The single Grip was played by Zane Lowe on his Beats 1 Radio show.