Songwriting: Why it takes more than two to make a hit nowadays 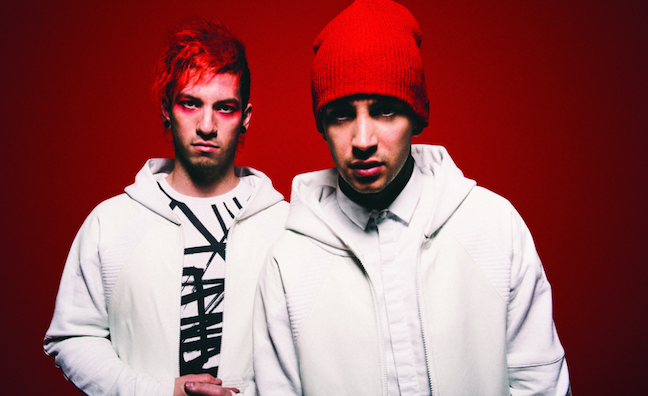 So, how many people does it really take to write a hit?

Music Week’s analysis of the 2016 Top 100 Singles – as revealed first in yesterday’s much-talked about Music Week front page story – reveals that nowadays, you need an average of 4.53 people to write the very biggest hits. To make the year-end Top 30, you needed to employ an average of 4.67 people.

On the other side of the coin, only five songs in the Top 100 were written by a single songwriter, and one of those was Jonas Blue & Dakota’s cover of Tracy Chapman’s Fast Car. That leaves the unlikely trio of Twenty One Pilots, Calvin Harris and Mike Posner to fly the flag for ‘true’ songwriting as, between them, those three acts contributed all four of the year’s big hits to be written and performed by the same, single entity.

None of those fit most people’s idea of the traditional solo songwriter (although Posner’s I Took A Pill In Ibiza did actually start life as an acoustic song) but then, these days, who does? Even artists that people think write all their own songs – such as Adele or Ed Sheeran – routinely write with at least one other person (it took nine to write Sheeran’s Galway Girl).

So no one can argue that the multi-writer approach doesn’t get results. But how have we got from the days of Lennon/McCartney, John/Taupin and Jagger/Richards – let alone all those solo singer-songwriters – to a time when all six of those would need to combine to have a decent shot at a No.1 hit?

Well, a number of factors are clearly at work. Firstly, the people who contribute essential parts to a song are now, quite rightly, more likely to be credited for their contributions. Nowadays, producers will want a percentage as well as a fee for their invaluable efforts in pushing their charges in the right direction. Musicians who contribute a vital part of the song are less likely to be denied their dues. Samples are correctly attributed.

On the flipside, well-known artists – an increasing number of which arrive via talent shows or other star-making production lines with no songwriting vision of their own – who record a song by someone else are not shy in demanding a slice of the songwriting royalties for their contribution (“Change a word, get a third” is a well-known music biz expression for a reason). Even just “being in the room” when the magic happens can get you on the list.

But the real rocket fuel for the co-writing phenomenon is coming from elsewhere. Increasingly, labels and publishers are holding songwriting camps for upcoming projects, bringing in multiple songwriters to multiple rooms to cook up songs with a specific client in mind. In their quest to break new acts they’re also more likely to pair them with pro writers to get quicker results. Or they’ll just take a topline from one idea, weld on a beat from another, call in a specialist to write the pre-chorus and end up with a cut-and-shunt hybrid that may not represent the purity of any one person’s artistic vision but sure sounds banging on one of those ‘hot hits’ playlists. Plus, they can’t all suffer from writer’s block at the same time, can they?

Now, there has always been an element of formula to the day’s popular tunes. But with streaming services turning the art of playlisting into an algorithm, it’s inevitable that the songs business turns to specialists to give their copyrights the biggest possible chance of success. Meanwhile, the inability of indie and rock bands – most of whom still write their own material – to get on those streaming playlists and crack the charts perpetuates the idea that there’s only one way to do it. And so now even those indie and rock acts are looking to work with professional songwriters.

You can see this week’s Music Week for more on what sharing royalties 12 different ways does to the finances of songwriters and publishers alike. But what about artistically? Does it matter if the songs now soundtracking our lives come from 11 or 12 hearts and minds rather than one or two?

Well, all we know is that, if Adrian Gurvitz ever sits down to write another classic, he’s going to need a much bigger attic to fit all his co-writers in...