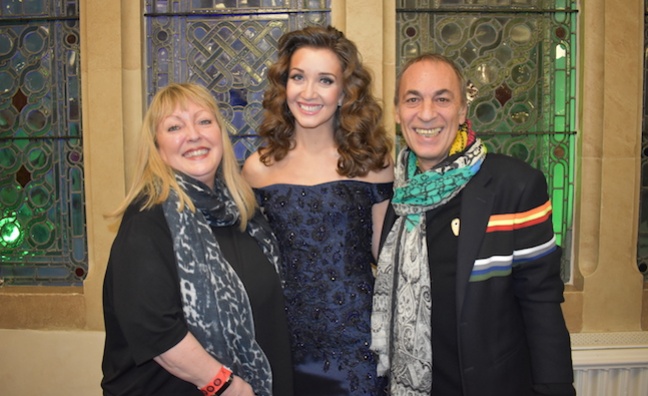 The deal covers the London-based company’s entire catalogue, including songs by rising classical singing star and lyricist Carly Paoli and composer, arranger and conductor Romano Musumarra. Both have credits on Paoli’s 2017 debut Singing My Dreams, which peaked at No.2 on the Official Classical Albums chart.

Sony/ATV UK SVP A&R and catalogue Fran Malyan said: “I’m thrilled to be working with Carly, who is a huge talent and I look forward to being part of her journey to the top.”

Grant Black, CEO of Abiah, said: “Sony/ATV is the number one publisher so it was a natural choice to collaborate with them. Not only is Carly a phenomenally talented classical singer, she is also a gifted songwriter, which is unusual in the genre of classical crossover. This deal fits perfectly with Abiah’s motto of ‘do it right first time’.”

Paoli studied at Tring Park and The Royal Northern College of Music and has worked with Jose Carreras, Andrea Bocelli and David Foster. As well as performing alongside Aerosmith lead singer Steven Tyler and Oscar-winning actress and Grammy-winning singer Jennifer Hudson, she was invited to perform for the Prince of Wales and the Pope.