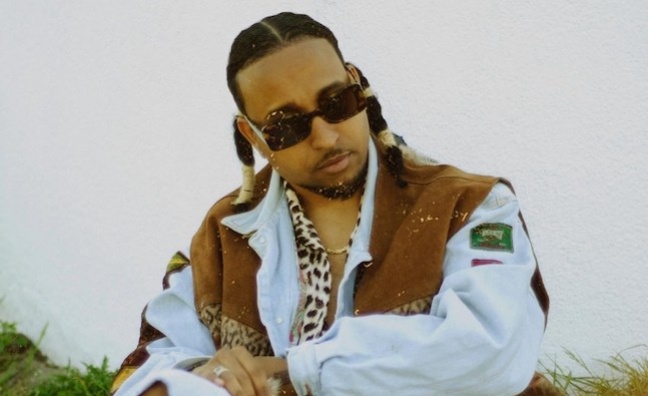 Known for his viral hit song Dream Girl, which was created entirely by Ir himself in his native Papiamento language, the song inspired the Dream Girl TikTok Challenge eventually earning over 4 billion TikTok streams.

Recently, his single was featured in a remix with Sony Music Entertainment’s Puerto Rican superstar Rauw Alejandro. Since Dream Girl, Ir Sais has garnered over 300,000 YouTube subscribers and a top position on Spotify’s Global Viral chart.

Speaking about the deal, Niels Walboomers, managing director of Sony/ATV Music Publishing Benelux, said: “Sony/ATV is incredibly proud to represent Ir Sais alongside his manager Veikko. Coming from a small Island in the Dutch Caribbean, Bonaire, he has captured fans with his incredible, authentic sound. We are thrilled to join Ir Sais as he makes his native language, Papiamento, heard all over the globe. Papiamento pal Mundo, Ir Sais for the world!”

Manager Veikko Fuhrmann said: “When I discovered Ir Sais and his song “Dream Girl” in a viral playlist in Panama two years ago, he welcomed me into his family and showcased his talents as a songwriter, producer and arranger. He has created his own unique genre with his original sounds and Papiamento language. I’m excited to have Niels and his team at Sony/ATV Benelux join us as we support Ir Sais and his rising career.”

Ir Sais first emerged in 2010 when he launched his first single Schatje Zeg Maar (Baby Just Tell Me). Since then, his self-released albums Heat and Deeper and Deeper 2.0 have accumulated more than 100 million streams and views.

Ir Sais added: “I wrote my first song when I was twelve and have been a creator since. Moving from Bonaire to Holland opened my eyes to the business side of the music industry. I’m super excited to join the family of Sony/ATV, the No.1 publisher in the world, and I’m excited to collaborate with the world!”