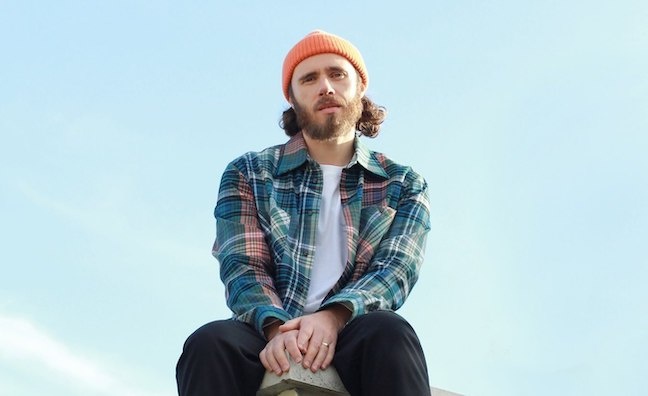 The platinum-selling Irish singer-songwriter recently announced his new album Grapefruit Season, out this Friday, and revealed his 2022 UK and Europe tour dates.

James Vincent McMorrow said: “Sony Music Publishing has been my home since I was literally a kid on Myspace uploading songs, the first people to believe in my songwriting. They've helped me find collaborators over the years for my records when I needed them, basically any mad idea I've had they've been down to help make happen.

"This last year and a half has obviously been fairly rubbish, songwriting was one of the few things in my life I could control. So, having someone like David Ventura ready to take some of the songs I'd written and find homes for them, has been fairly amazing. Coming out of all this I realise how much I do want to write and work with others, I'm excited I'm able to do that with a group of people I genuinely like and trust.”

We have seen James become a complete artist and unstoppable songwriter

David Ventura, president and co-MD, Sony Music Publishing UK, said: “We are all delighted to continue working with the one and only James Vincent McMorrow.  After years of collaboration, we have seen James become a complete artist and unstoppable songwriter. We are excited for the world to discover his new album Grapefruit Season, which is a masterpiece.”

Saul Fitton, senior A&R manager, Sony Music Publishing UK, said: "James is a brilliantly intelligent and versatile talent – he is a very forward-thinking songwriter and true artist. We're incredibly excited that James is continuing this next phase of his journey with us."

McMorrow's best-selling LP remains his 2010 debut Early In The Morning (81,640 sales, OCC), which he penned in a small house on Ireland’s coast with a guitar, a keyboard, a microphone, a computer and other instruments.

He has also earned success writing songs on behalf of other artists. In 2015, he co-wrote and performed on Kygo’s I’m In Love from his debut album Cloud Nine. He also crafted multiple songs on All Tvvins’ Just To Exist album in 2019; Dvsn’s singles Run Away and Angela; Shells of Silver by The Japanese Popstars; Wake Up with Claptone, and Rudimental’s Be Somebody.