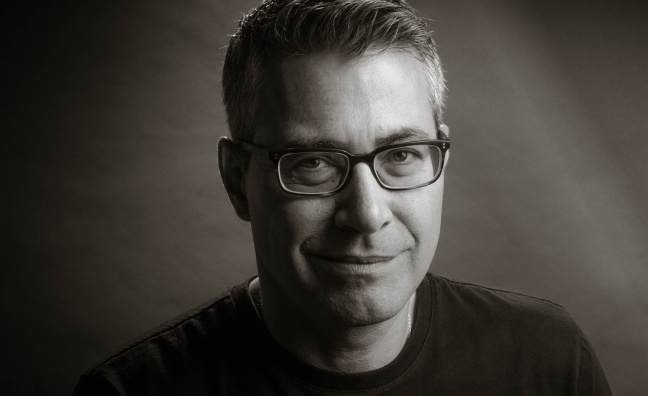 Miller (pictured) will be based in the company’s Los Angeles office and will be responsible for leading the company’s sync efforts to create opportunities for Spirit’s writers by placing songs in upcoming film, television and advertising opportunities.

“Now more than ever, the income generated by synch placements are a crucial revenue stream for songwriters, so building the best synch team possible to provide the most opportunities for Spirit’s songwriters is very important for us. To that end, Gary is the ideal choice to lead our synch team, and his work will add considerable value for our songwriters,” said Spirit Music Group chairman and CEO David Renzer.

“Over the past few years, Spirit has been pursuing an aggressive global growth plan that’s generated a lot of results for the company and for our songwriters. That success starts with people - a business can’t reach its goals without having the right team in place, and Gary is a talented, experienced executive who will be a key contributor in helping Spirit and its songwriters reach new heights,” said COO/CFO Jon Singer.

“I am excited to join such a great sync team, which, many on the team I have known for years, and look forward to working with and on behalf of an amazing catalog of music and roster of writers. David, Jon, and the rest of Spirit’s executive team have a great vision for the future of the company and I am honored to have the opportunity to be a part of Spirit Music Group's continued growth and success,” said Miller.

Prior to joining Spirit, Miller worked at Universal Music Publishing Group for 18 years, first as VP, film & TV music, clearance and licensing before being named VP, film & TV music, Creative in 2007. While there, he was responsible for overseeing the music clearance and licensing operations for the company during a period of exponential growth through signings and acquisitions, and he was also instrumental in the design and development of the company's licensing system.

His career working with the majors began in 1993 for what was then MCA Music Publishing as the manager of film & TV music clearance. He then served a two-year stint at PolyGram Film and TV as director of music clearance and creative, returning to Universal in 1999 as senior director overseeing the clearance and licensing operation for the newly merged MCA and PolyGram Music Publishing catalogues.

He was promoted to VP in 2000 and eight years later moved into a creative role and began working Universal’s roster and catalogu in the areas of TV, film, video games, advertising and merchandise.

He is also responsible for signing Grammy Award-winning songwriters Ian Axel and Chad Vaccarino of A Great Big World to UMPG and was instrumental in UMPG’s signing of The Record Company.