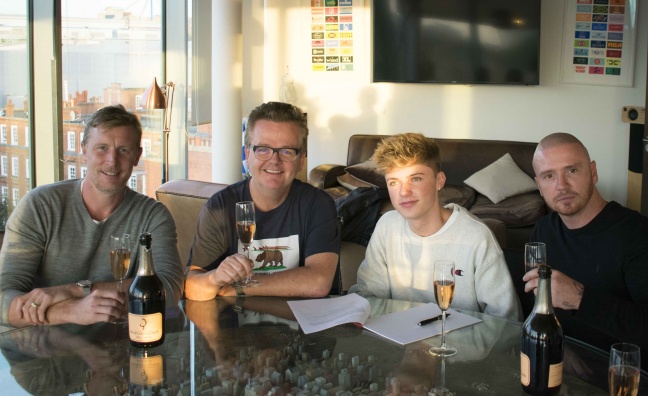 Added to BBC Radio 1's Brit List last month, the vowel-free singer released his debut EP Holiday in 2017, while Personal from his second release Talk To Ya was streamed over 180 million times on YouTube. Hasta Luego, with Cuban-American pop star Malu Trevejo and I Wish You Were Here have been released this year.

"I’m very grateful to have the opportunity to work with the team at UMPG. I can’t wait to work with the team on more music, it’s a really exciting time for me right now, the future feels exciting," declared Hrvy of the deal, while Universal Publishing Group's UK MD Mike McCormack praised his new signing's potential.

“Hrvy is a superstar in the making. He’s hardworking and totally charming with real musical talent," he said. "We are so happy that he and his manager Blair chose to partner with us on his journey to world domination in 2019 and we look forward to getting our best writers involved to help along the way.”

The deal follows Universal Publishing agreeing a global deal with You Me At Six last month.