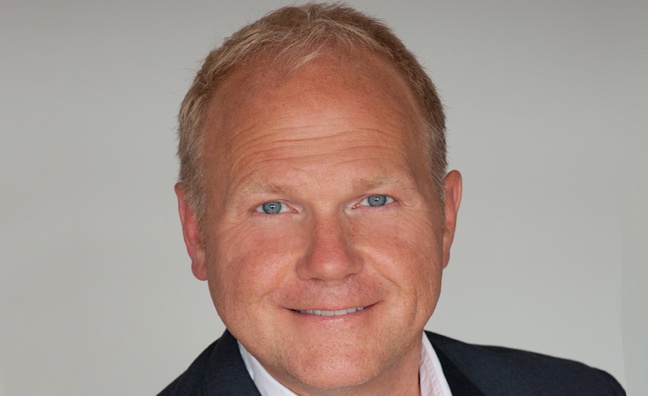 Tomlinson has been appointed as chairman and CEO of its Nashville division – a role created for the top publishing exec. He previously featured in Music Week’s Aftershow and recently celebrated 35 years in the business.

Tomlinson was Sony/ATV president and CEO – Nashville from 2005. He will join UMPG’s global senior management team with responsibility for the entirety of the Nashville operations, including providing leadership to the Tennessee-based royalty operations and Christian division.

The publisher said he will be a key creative voice throughout Universal Music Group.

Tomlinson’s appointment is effective July 15. He will report to Jody Gerson, chairman and CEO of UMPG.

Gerson said: “Troy’s track record in Nashville is the stuff of legend. He is simply one of the best and most successful creative executives the Nashville publishing community has ever seen. And having worked closely with him during my time at Sony, I know first hand of his ability to take a promising songwriter with a song and turn them into a career artist.  I’m thrilled to have him join UMPG’s senior management team and accelerate our transformation into the most progressive and effective partner to songwriters anywhere.”

Sir Lucian Grainge, chairman and CEO of Universal Music Group, said: “When it comes to identifying great songs, songwriters and artists, Troy is one of Nashville’s finest. I’m looking forward to him joining us at this pivotal time as we continue to build a home for songwriters like no other, one focused on long term careers and creating global opportunities.”

When it comes to identifying great songs, songwriters and artists, Troy is one of Nashville’s finest

Tomlinson said: “I’m so excited to join Jody and her exceptional team at UMPG. For me, this is the right time and UMPG is the right place to channel my energy and passion to build something entirely new and dynamic for Nashville’s songwriting community. I’ve long admired Jody even before I had the opportunity to work with her at Sony, and to see what she’s achieved at Universal and the culture she’s created in just the few years since she joined is nothing short of inspiring. To be able to work with her again and contribute to UMPG’s incredible momentum is exciting to say the least.”

Prior to joining Sony/ATV, Tomlinson worked at Acuff-Rose Music Publishing where he rose to the position of EVP. He worked with songwriters Dean Dillon, Skip Ewing, Jim Weatherly and Whitey Shafer, among others. During his early years at Acuff Rose, Tomlinson discovered Kenny Chesney.