'Their ambition matches us as musicians': You Me At Six sign global deal with Universal Music Publishing Group 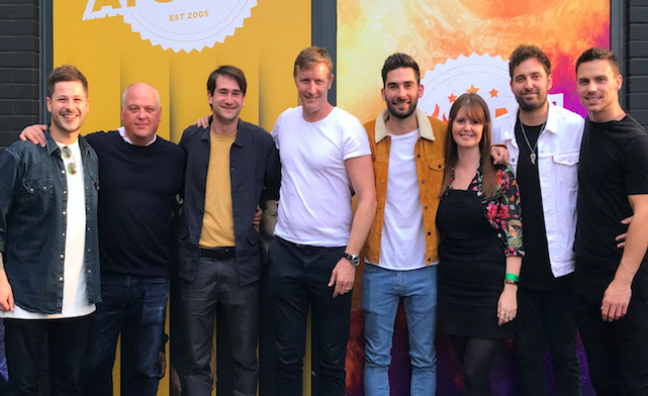 Today (November 13) Universal Music Publishing Group (UMPG) has announced that they have signed UK rock band You Me At Six (YMAS) to a global publishing deal starting with the band’s newest album, VI, and continuing through all future works.

In June, Music Week exclusively revealed details of the group’s new partnership with Kobalt's AWAL. VI was released on the band’s own new imprint, Underdog Records, through a services deal with AWAL. You Me At Six’s previous two records, including 2014 No.1 Cavalier Youth, came out through BMG, while the band was previously signed to Virgin. The move made You Me At Six the biggest band yet to join Kobalt’s recorded music revolution. In the same month, You Me At Six signed with booking agency ICM Partners for North American representation.

The group released VI on October 5, it has sold 11,559 copies to date according to Official Charts Company data.

Speaking about the new publishing deal, YMAS said: “We're really excited to have joined the Universal Publishing family. Their ambition as a company matches us as musicians, and we are looking forward to a creative and collaborative future with them.”

UMPG UK MD Mike McCormack added: “We are so chuffed to be working with YMAS and their great management team in Stefano and Colin who we have a long-standing relationship with. It’s a brilliant, new, innovative record from them, packed full of cracking tunes.”