'Their strong sync and creative teams have a proven track record': Mr Probz signs with Downtown 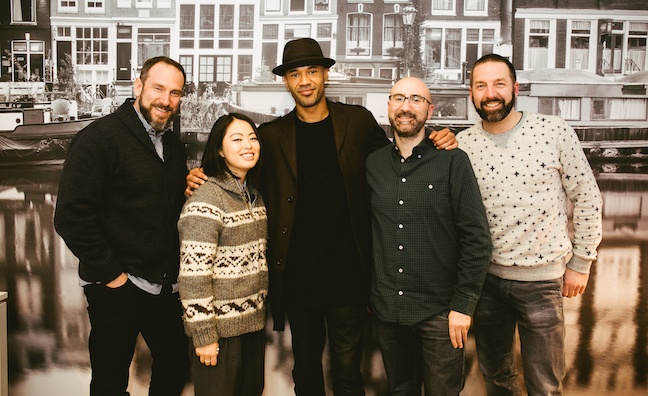 The deal covers all of his catalogue, including recent collaborations with Armin van Buuren and Anderson Paak, as well as hit single Waves, which was remixed by German DJ Robin Schulz and released in a version with T.I. and Chris Brown.

Waves (Left Lane/Sony) peaked at No.1 in the UK and has 1,752,357 OCC sales to date. The Grammy-nominated single was also a hit in the US and around Europe.

“Mr. Probz is considered to be one of the most talented songwriter-artists out of Amsterdam,” said Lucas van Slegtenhorst, MD of Downtown’s Benelux operation. “We are beyond honoured to be able to work with his catalogue and represent him on his future songs and songwriting, with the support of the growing global Downtown A&R and catalogue marketing teams.”

Mr. Probz added: “Downtown is like a family, sensitive and talented creative reinforcement with a global reach. Their strong Sync and Creative teams have a proven track record, and their creative approach is something I feel at home with. I am happy to be able to work with Downtown and be part of their growing international success.”

Mr. Probz has been touring globally with Armin van Buuren, and recently performed at music festivals such as Belgium’s Tomorrowland, Japan’s Ultra, and Australia’s Stereosonic.

The signing follows success for Downtown’s Amsterdam office with the European airplay performance of Crazy by Lost Frequencies and Zonderling and strong sales for Haevn’s Finding Out More. San Holo, whose song Light has more than 96 Million streams on Spotify, is the only Dutch artist at this year’s Coachella Festival.