'They have a great commercial instinct': Entertainment One signs JV with The Stereotypes 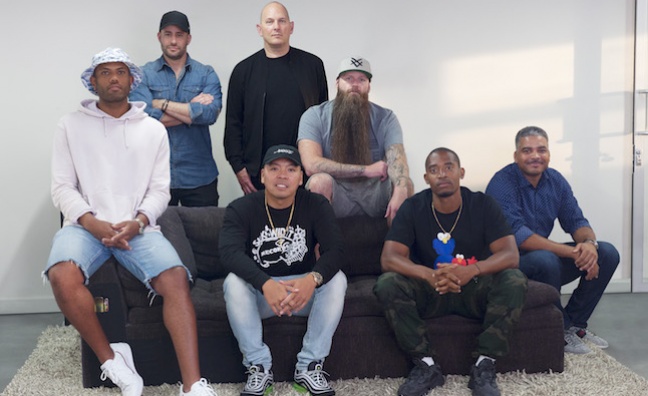 Entertainment One has signed an exclusive joint venture publishing agreement with Grammy-winning producers and songwriters The Stereotypes via their recently-launched Beach Wave publishing imprint.

The Stereotypes and eOne will work together to discover and develop new talent. In addition to the JV, eOne music has signed a worldwide publishing agreement with McCullough, aka “RaCharm”.

Chris Taylor,  global president, music, Entertainment One, said: “Jonathan, Ray, Jeremy and RaCharm are not only incredible writers and producers but they also have a great commercial instinct and a desire to grow their business. eOne is a creative enabler for that vision. We want to inspire and nurture that instinct to write amazing songs and find some incredible talent to be a part of our family."

In a joint statement, The Stereotypes said: “We are excited to get started with Chris, Marcus and the music team. eOne is such an incredible playground for creative people. The environment that Chris is starting to build is inspiring for producers like us that are interested in all aspects of entertainment whether it is music, film, TV or other forms of entertainment.”

The deal follows eOne’s acquisition of the publishing administration rights to the Chuck Berry catalogue (via eOne imprint, Dualtone). The current music publishing catalogue includes songs from Death Row, as well as hip-hop producers Vinny X and Tre Mission and a large catalogue of film and television audiovisual rights.

Over the past decade, The Stereotypes have become one of the most in-demand production and writing teams with credits including songs by Justin Bieber, Ne-Yo, Mary J. Blige, Fifth Harmony and Lil Yachty.