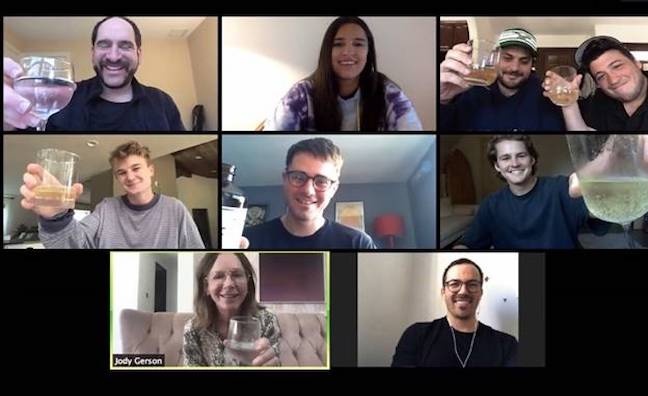 Signed to 10K Projects and represented by management team Homemade Projects, Surfaces – made up of Forrest Frank and Colin Padalecki – have more than 23 million monthly listeners on Spotify.

Speaking about the deal in a joint statement, Surfaces said: “So thankful to be working with UMPG. We keep a tight circle and are really excited about expanding our team and continuing to work within Universal Music!”

UMPG co-head A&R David Gray added: “We are excited to work closely and creatively with Colin and Forrest on what will be a long and successful career for Surfaces. Their positive outlook, both personally and musically, is a much-needed breath of fresh air for pop music. Jody Gerson’s support and Lillia’s Parsa’s diligence were instrumental in making this happen.”

In 2017, Surfaces unveiled their first full-length album Surf followed by 2019 album Where The Light Is. Most recently, the duo released their newest album Horizons.

Surfaces are best known for their single Sunday Best, which is certified RIAA Gold and has more than 200 million plays on Spotify and nearly 54 million views on YouTube.

Tony Talamo and Zach Friedman, cofounders of Homemade Projects, said: “At the end of the day, everything boils down to the songs you’re putting out into the world and with Surfaces, we wanted to make sure we are working with people who wake up every day as excited about their songs as we are. UMPG are those people and we couldn’t be happier to be working together.”

Universal Music Publishing Group recently revealed its support strategy for songwriters during the Covid-19 pandemic, responding to the crisis with a series of measures to help co-writing continue. And it’s still making signings too – recent deals confirmed via Zoom include publishing agreements with Rina Sawayama, Oscar Lang and Jamie N Commons.