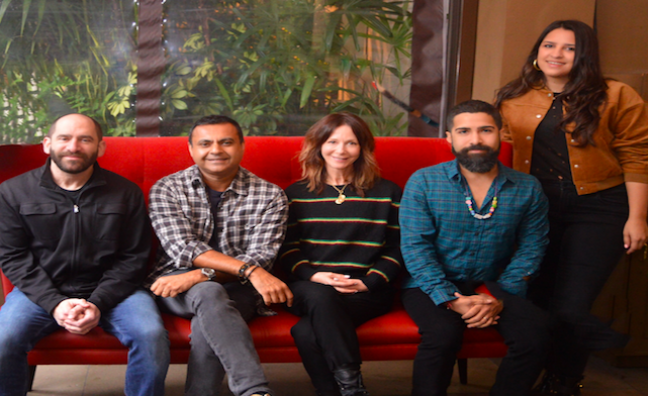 The organisation is led by multiple Grammy and Golden Globe-nominated songwriter and producer Savan Kotecha, and Sonny Takhar (CEO and founder of KYN Entertainment –a joint venture music entertainment company with Live Nation and former global president of Syco Music).

Throughout their 20-year relationship, Kotecha and Takhar have worked together on numerous global hits. Kotecha’s credits include Ariana Grande’s God Is A Woman, No Tears Left To Cry and Breathing; The Weeknd’s Can’t Feel My Face; One Direction’s What Makes You Beautiful; Ellie Goulding’s Love Me Like You Do; and Maroon 5’s One More Night. Savan has also developed a number of writers such as James Alan (Troye Sivan’s My My My) and Kristoffer and Ablin (One Direction, Avicci, DNCE, MO).

In his leadership position at Syco Music, Takhar worked with Simon Cowell in developing major artists including One Direction, Leona Lewis, Labrinth, Fifth Harmony, Susan Boyle, Little Mix and Il Divo. During his tenure, the company’s artists achieved No. 1 Albums in the US on eight separate occasions and sold over 400 millions records, including 244 No. 1 albums and 169 No. 1 singles worldwide.

An official press release stated that “S2 Songs aims to draw upon the unique skillsets of both Savan and Sonny in attracting and developing the next generation of superstar songwriters and producers.”

In a joint statement, Kotecha and Takhar said: “It’s really great to be working again with Jody Gerson and David Gray who we have both known for most of our careers. We know our songwriters and producers will benefit from having Universal Music Publishing’s global muscle behind them.”