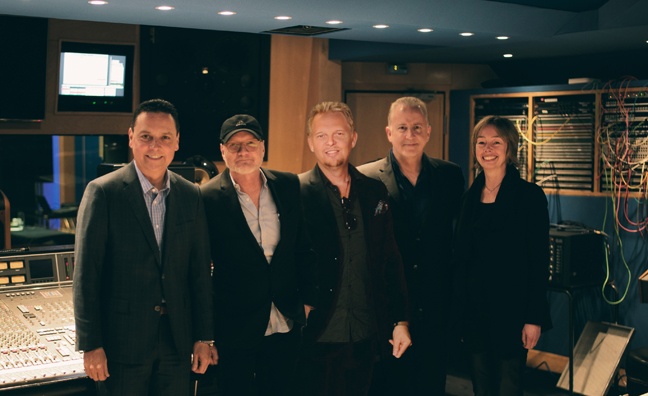 Under the leadership of Michael Sammis, president of UPPM, the following executive team has been appointed to lead the company’s global strategy and operations:

“With these appointments, we have created an organisation of unparalleled expertise, best positioned to ensure that we can quickly respond to the needs of our customers around the world.” said Sammis. “Each of these individuals is highly capable and understands the challenges we face in our business. I look forward to partnering with them as we transform our company for the future.”

Macias joins UPPM in the newly-created role of SVP and general manager. He will work closely with Sammis on the company’s strategic development and growth, as well as oversee U.S. brands Killer Tracks and FirstCom. Macias has served in C-Suite positions for music and tech companies Entertain Impact, MediaRebel, Vanacore Music and Chessbox Media. He also held senior roles at EMI Music Publishing.

Carter leads production music growth strategy and client relations for both Universal Production Music and Focus Music in the UK. Carter has an extensive track record in the music industry working for PolyGram Classics, Music Sales, Warner Music and as general manager for BBC Music Publishing.

Appelgren has been promoted to VP, Continental Europe. In this new role, he will work closely with UPPM affiliates in Continental Europe, identifying best practices and developing strategies and synergies for growth. Appelgren will retain his title of GM for Universal Production Music, Nordics.

Nelson has assumed the role of SVP of global production and will oversee production music operations and client services for UPPM worldwide. He will also retain the title of executive producer, FirstCom Music.