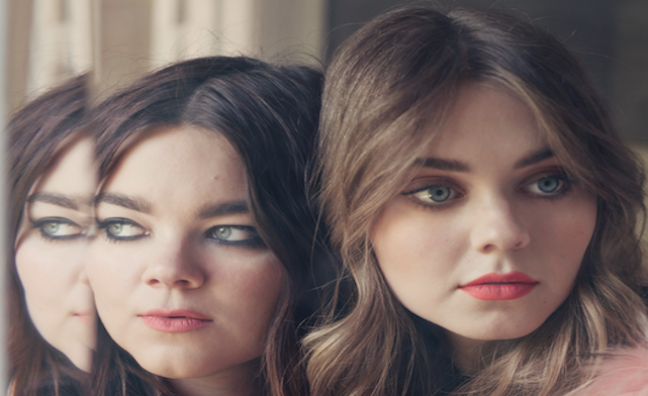 Speaking about the deal, First Aid Kit’s manager Laura Haber said: “We are super happy to be with Kobalt. We’ve been warmly welcomed by Alison and the whole team. We can’t wait to work together on our new record, which we are very proud of. Happy to have such a great publishing company coming along for the ride!”

Alison Donald, head of creative, UK, at Kobalt Music, added: “We are absolutely thrilled that First Aid Kit have chosen Kobalt as their publisher. The girls have so many fans across the company and the signing was very much a global effort by our Creative team. On a personal level, I am delighted to be reunited with Klara and Johanna, having worked with them at Columbia on their seminal third album, Stay Gold. And I’m really excited about what we can achieve together with their brilliant new record.”

Ruins, the follow-up to 2014’s Stay Gold - which has sold 176,756 copies to date according to the Official Charts Company - is being produced by Tucker Martine (My Morning Jacket, Laura Veirs) and features guest appearances by McKenzie Smith of Midlake, drummer Glen Kotche from Wilco, and REM's own Peter Buck.