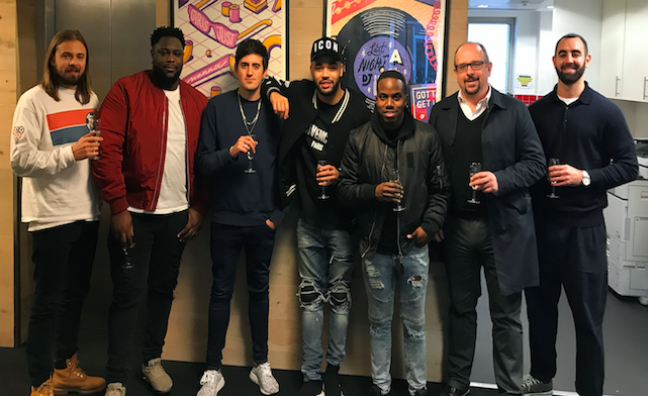 As exclusively revealed in the latest edition of Music Week, Sony/ATV music publishing has announced it has signed rising UK rapper Yungen to a worldwide deal. The agreement covers his entire catalogue as well as future releases.

Speaking about the signing, Sony/ATV head of A&R, UK David Ventura said: “Yungen represents a new generation of artists and songwriters. He is a true talent who we had to work with and bring into the Sony/ATV family. Excuse my French but his lyrics are de la balle! Everything he has achieved is impressive and it is only the beginning of his journey. We are all very excited to have him on the Sony/ATV roster.”

Sony/ATV Senior A&R manager Alex Sparks added: “Having been a fan of Yungen for a long time it is a real pleasure to have him join our family as his talent is indisputable. He has had a great start to his career and his continued drive to be the best is inspiring. We are incredibly excited to join forces with his team and help him achieve his ambitions.”

Yungen – who appeared in Music Week’s On The Radar section in September 2017 – had a Top 10 hit last year with Bestie (feat. Yxng Bane), which has sold 635,075 according to Official Charts Company data. He is also charting with Bad, alongside Steel Banglez, Mr. Eazi, MoStack and Not3s.

Speaking about his deal with Sony/ATV, Yungen said: “I’m excited to be working with such a reputable team who are equally as excited about me and my music. All I want is to create great music, for it reach all corners of the globe and to achieve success with those who believe in me. Sony/ATV felt like home from the first time I walked in the building.”

Yungen’s manager Isaac Kyerematen added: “When it comes to publishing, it’s important to get the right team involved for each particular artist. With Sony/ATV we felt the guys were right to expand with and broaden our A&R team. Alex and David showed passion, knowledge and enthusiasm to continue to strengthen Yungen’s growing career. We can't wait to get started!”