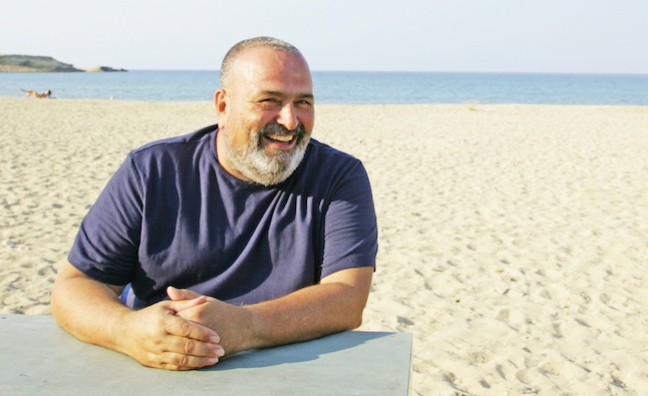 The deal encompasses his entire catalogue and future works. Wise Music will focus on global sync opportunities in film and TV.

A composer, musician and producer, Gigi Masin is best known for the self-released LP Wind, as well as the album Les Nouvelles Musiques Du Chambre Vol 2. The latter album featured the track Clouds, which was sampled by Bjork, Post Malone, To Rococo Rot and Nujabes.

Masin’s latest album Calypso was released on R&S/Apollo records in February 2020, following re-releases and retrospectives on the Music From Memory label.

“With more international tour dates, upcoming collaborations, Gigi Masin continues to be one of the most quietly innovative and singular artists in the scene,” stated the announcement from Wise Music Group.

He is a singular talent, who has been composing and performing beautiful and inspiring music for years with a unique sound

Global head of media, Marcus Wise, said: “It’s such a pleasure to have Gigi join the Wise Music roster.  He is a singular talent, who has been composing and performing beautiful and inspiring music for years with a unique sound. Already hugely respected by peers and fans, we are looking forward to supporting Gigi’s assent in the global film and television markets.”

Gigi Masin said: “I feel embraced by the Wise Music team – more than meeting old friends it was like coming home. That makes all the difference, and it's special – if you've been sailing though the music for years, you will understand so well that’s unique. I'm sure it will be a fantastic opportunity. If they say that the swallow flies because it has wings… instead I believe the swallow flies because it has the whole blue sky around it. And it is magnificent and safe, in its sky.”