Woo-EU! Blur's Dave Rowntree on the impact of the EU Copyright Directive vote 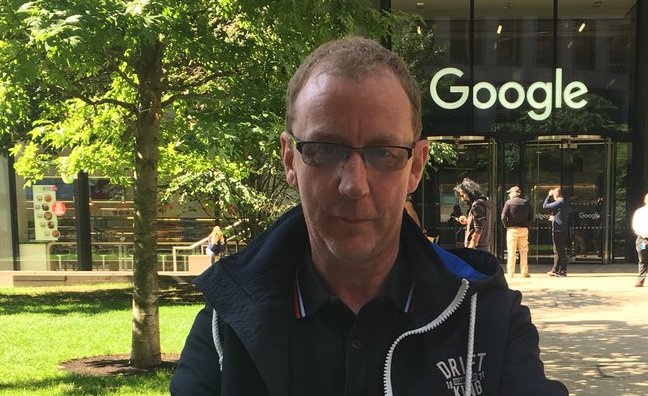 With the European Parliament accepting all the measures  – including the controversial Article 13 which requires online plaforms like YouTube to police or license user generated content containing copyrighted material – talks can now begin within the EU on turning them into law.

With one eye on what happens next, the drummer and Feature Artists Coalition (FAC) member spoke to Music Week about why copyright reform is overdue.

Plus, get our new issue, for the biz's reaction to the vote.

Were you happy with the EU Copyright Directive vote as an artist?

With my FAC hat on, from our perspective the main things we hoped would make it into the final directive are the relatively uncontroversial pieces of the legislation, to be honest. They are the things that try to make sure contracts are fair; that make sure contractual arrangements are transparent, and that existing old copyrights that aren’t being monetized by the industry can be brought back under the control of writers and performers. They were the main things we were pushing to make sure were included, so none of the things that were central to our campaign ended up being the controversial things. But we think Article 13, if it can go forward in some sort of moderate form, can benefit everybody.

Why do you think Article 13 has become so totemic in the debate?

It’s the fundamental principle of Article 13 which is important. Up until now Google have been able to hide behind an exception in EU copyright law that wasn’t really intended for them, it was intended for Internet Service Providers (ISPs). They’ve said for the purposes of this 'We’re an ISP, but of course for purposes of making money we’re not an ISP'. I just think they can’t have it both ways. Either they can use their intelligence software to make money from other people’s creative activity but pay those people properly, or they shouldn’t be allowed to be servicing ads tailored to the viewing habits of the consumer. At the moment – in the Boris Johnson Brexit mould – they’re trying to have their cake and eat it. I think for performers that’s unfair.

How practical is the current system for you as a creator?

There is a take down system but the onus is entirely on the artist, label or the content producer to police their own content – and in a system the size of YouTube, that’s simply impractical. Unless I’m going to spend all day poring through videos just to make sure some local Conservative Association aren’t using Song 2 to promote austerity, it’s hard to see how the current system gives me any kind of control.

What are your thoughts on how the UK music industry united around the Copyright Directive?

They’re always being a dialogue going on with YouTube. In the very early days of the FAC we went to see them and laid out very similar concerns to the ones we have now. Right from the off, YouTube said: 'We’re different, we’re not going to engage with you, however if you want to make money out of service you have to do it our way.' We said to them: 'Surely you want to be forward looking not backward looking?' Then the whole industry went to see them, one by one. Now we have a network of trade associations so we can pass messages up the chain and have people go in and see these organisations speaking on behalf of the whole industry. In the early days they could pick us off one by one. [This vote] is a testament to the fact that we are now managing to sort out what we want in private, and then argue for it together in public. It’s also a testament that now we are doing it that we are getting more things our way, so long may that spirit of collaboration continue.

Now with all the lobbying out the way, you can actually make some music for YouTube to stream?

I’ve been making music and doing this simultaneously! That’s the trouble with artist organisations, we are artists, we doing the lobbying stuff in our spare time – what little we have.