On the radar: Alma 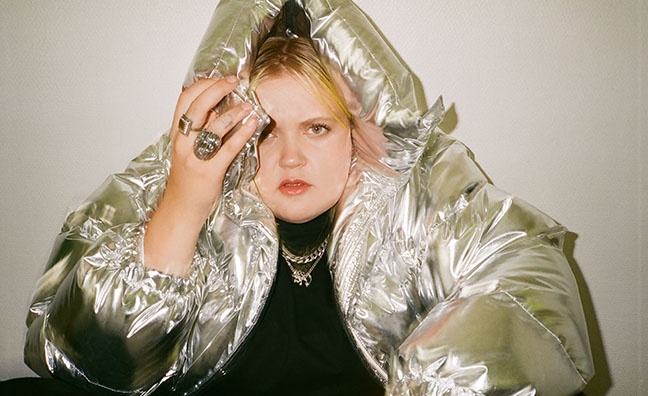 Alma-Sofia Miettinen is making plans when Music Week drops in. She’s just returned home to Finland from a support tour with Mø, and is excited at the prospect of some home comforts. “I’ve just got home to my own bed,” says the singer, who makes hard-edged bangers under her first name. “I’m just going to chill and make some nice food for my family. I’ve really missed cooking.” With her debut album coming in 2019, Alma’s in line for more time away from home. Its lead single, Cowboy, dials down the day-glo, dancier side of her sound, allowing her to paint a picture of her ‘cowboy’ alter-ego. “Being a cowboy means being free,” she explains. “I’ve never really fitted in and have always struggled, being too this or too that. This song is about not caring about that. I wrote it when I was struggling with my album and it cleared my mind. It’s raw and real.”

Written with Justin Tranter, Sarah Hudson and BloodPop in LA, Cowboy is enjoying an explosive beginning, with almost three million Spotify plays so far. For a 22-year-old whose first taste of the music industry was competing in the Finnish TV talent show Idol in 2013, it’s an impressive start. “I was a baby! Now I feel a lot more adult,” she says, casting her mind back. “I have more to say and more experiences to share, I’m more open about myself.”

After Idol, Alma befriended rapper Sini Sabotage, a judge on the show, and supported her on tour. Interest from Universal swiftly followed, and Alma would soon swap northern Europe for Los Angeles, on the first of many trips to hone her sound, which is smeared with the icy darkness of her homeland. Her style shares a neon, buoyant character with Charli XCX and Mø, who would become mentors. Touching down in LA for the first time, Alma “was excited but so nervous.” Two weeks of initial sessions between Hollywood and Malibu “blew my mind,” she says. “Looking back, it was good that I was nervous because that really made me stay focused!”

Alma’s work ethic has never faltered, and has been maturing ever since she can remember. “We didn’t listen to music in our home, my whole family is so un-musical,” she says. “I found music online and I could be there on my computer listening to songs and reading lyrics for hours on end. It made me feel safe and better about everything, so I got hooked on it!” In those early days, heavy metal and punk bled into Alma’s consciousness, and she began to craft a musical direction and aesthetic that’s proving fun to unravel, with lurid visuals to match her songs’ vibrant, honest character. This is a pop package unlike any other. “I want to give people hope and happiness and make them think,” she concludes. “Getting all these feelings out of my head into songs is amazing."