On The Radar: Arlo Parks 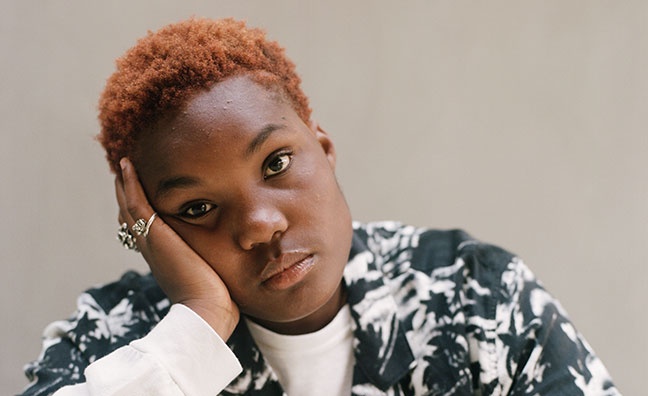 Arlo Parks has been writing stories ever since she can remember. She doesn’t quite know why she does it, but she’s never been able to stop.

“It started when I was much younger, writing fantasy stories,” begins the 19-year-old, who we meet before soundcheck ahead of a support slot with Loyle Carner. “Then I discovered that I was more interested in imagery and textures than plots and my teacher recommended that I start writing poetry, then that morphed into lyrics.”

Parks has always written best in her bedroom, cocooned from the outside world. In her early teens, she started making music to patch her lyrics to, inspired by the moods favoured by Frank Ocean, My Chemical Romance and her fellow Londoner King Krule. A flurry of SoundCloud uploads helped establish Parks’ sound, which exists in a dream state; snatches of melody and faraway basslines lurk in shady corners, with her vocal sliding over the top. Debut single Cola came out this time last year and the hype began. Now, Parks is signed to Transgressive and has forged a reputation for poetic candour, her songs frankly diarising her explorations through life, relationships, sexuality and mental health.

“I’m not sure if my music makes me happy, it’s more something I feel a physical need to do,” says Parks. “I just always feel the need to write. I feel like I’m fulfilling a purpose in some way when I’ve made a good piece of work. It is a release, but I don’t really know how it makes me feel. I’d say it makes me feel like I’m doing what I’m meant to do.”

Parks releases her second EP, Sophie, later this month and is busy writing for her debut album, not that she’s had much time to lay down any concrete songs, mind. The singer avoids keeping lyric ideas on her phone, preferring to scribble on the back of a receipt or scrap of paper. And don’t expect her to hunker down in a flash studio any time soon.

My responsibility is to make honest, true art

“I get a sense of comfort when I’m in a house, things just come more easily,” says Parks, who made her debut EP between her place in South West London and an Airbnb in Angel. “There’s less pressure and you can just pop out to make a cup of tea or walk around the neighbourhood. I feel more at peace in those kind of scenarios, whereas in the studio it doesn’t feel like you’re in a real place, it feels sterile.”

All of which makes sense when you listen to her music. Songs such as Sophie and Second Guessing feel warm and lived in, allowing the intensity of the lyrics (‘I’m just a kid, I suffocate and slip’) plenty of room to hit home.

“My responsibility is to make honest, true art, that’s what I’ve always wanted to do,” she says. “As I get more of a platform I want to be a positive figure, but I want to stay true to what I want to make, what I find meaningful and what I think needs to be said.”

And so we wait for more music, for Parks’ vision to fully emerge. At this point, she’s barely begun.

“I’m still at the beginning and there are a lot of things I want to try,” she concludes. “I’ll be exploring a bunch of bits and obviously it’s going to be quintessentially me, but it’s not going to be exactly the same. That would be boring…”