On The Radar: Astrid S 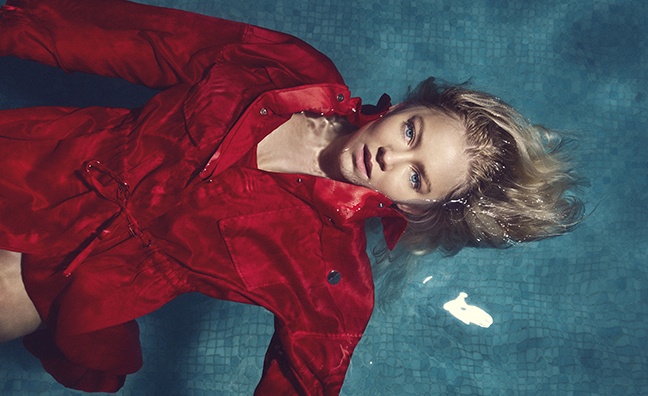 Ask Astrid Smeplass her earliest memory involving music and she’ll say “ABBA”. The singer-songwriter was just a toddler when she’d be sat in the back of her parents’ car, listening to hits like Dancing Queen, Mamma Mia and Take A Chance On Me, as the family took road trips around their native Norway. Eighteen-or-so years later, and she’s just as obsessed with the iconic ’70s four-piece, crediting them, fellow Scandinavian Robyn, and also John Mayer for inspiring her own brand of electro pop.

The singer’s break came age 16, when she applied for Idol – Jakten på en superstjerne (the Norwegian iteration of Pop Idol). Despite ripping her red leather jeans during a live airing of the show, she eventually placed fifth. “That was very embarrassing,” Astrid remembers of the trouser incident. “Luckily a girl in the audience had a big white poster I could wrap around my hips!” The show gave her a crash course in handling high-pressure situations and taught her “music was what [she] wanted to do for the rest of [her] life”, and it’s also where she met her manager Halvor Marstrander, founder of Interstellar Mangement (she’s also managed by Steve Bursky and Drew Simmons at Foundations Artist Management).

Marstrander sent a couple of demos to Bjørn Rogstad, A&R director at Universal Music Norway, who “liked what he heard” and offered the singer a record deal. Astrid says she has found downsides to being a fully-fledged recording artist, like “feeling like you’re losing control over yourself”. “The fact you’re a brand and people are making money on your face, voice and name is, at times, a little terrifying,” she admits. “And you can’t be too naïve... But I have great people around me, which has been important.”

On the whole, though, Astrid S is literally living her childhood dreams. She’s put out two EPs (2016’s eponymous effort, and 2017’s Party’s Over), guested on songs for the likes of Katy Perry and Shawn Mendes, picked up the 2015 MTV Europe Music Award for Best Norwegian Act, and achieved a No. 3 chart placing with her latest single Such A Boy in Norway. “That song is about how girls and boys are told to ‘not be such a girl’ in a verynegatively-loaded way, which is not okay!” the singer explains. “Girls are always portrayed in movies, books and songs – Justin Bieber’s What Do You Mean? is a good example – like we’re dramatic, indecisive, and emotional, but boys are just as bad! So I wanted to turn the ‘don’t be such a girl’ saying upside down.”

It’s a track you’ll be able to hear when Astrid plays her second-ever London show at London’s Heaven in October, before heading into the studio next year to start work on a debut full-length. An album she hopes will help her achieve her one musical ambition... “I’d like to make timeless music that someone in an interview in 2040 will mention,” she smiles. “Like how I’m talking about ABBA now, and still listen to their music – that would be something."