On The Radar: Avelino 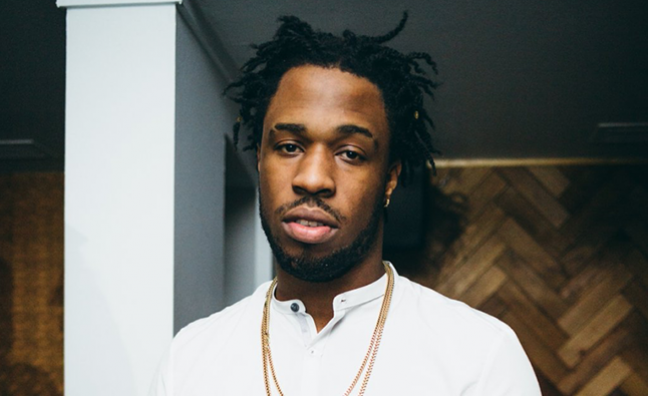 "Don’t be a sheep when you can be the GOAT” doesn’t sound like much of a line until you consider the acronym at the end: Greatest Of All Time.

This whip-smart combo of pastoral wordplay and empowerment comes from Avelino’s single Energy, which was released in February and featured Stormzy and Skepta.

The Konnichiwa MC goes last, calling Avelino – who, like Skepta is from Tottenham – “the top boy” and predicting he’ll become “another black millionaire”.

Coming from the man currently spearheading grime’s crusade into popular culture, it’s high praise indeed for a 23-year-old rapper yet to release his debut album.

Skepta’s not the only one endorsing Avelino, his frequent collaborator Wretch 32 popped up on a recent remix of Energy, and the pair made the Young Fire Old Flame mixtape together last year.

He was also nominated in the Best Newcomer category at last year’s MOBO Awards and was handpicked by XL Recordings A&R Caroline Simionescu-Marin to appear on the label’s scene-showcase record New Gen.

A sleepy-sounding Avelino agrees it’s not been a bad few months when Music Week interrupts his leisurely Thursday afternoon with a phone call. “This is a significant year, but every one is, it’s a long journey,” he says. “It’s all progress, I’m ready to make progress, whatever it might be. I’m working towards something.”

It really feels like he is – along with artists including Yxng Bane, Tiggs Da Author and AJ Tracey, Avelino is part of a group bubbling along in a slipstream alongside Skepta, Stormzy and the rest.

As Avelino points out, he’s “not strictly grime”. Rather, he’s a “social commenter on the world”, equally comfortable MCing over soul, garage or hyperactive synth lines.

Following his latest landmark, a packed headline show at London’s XOYO, he’s readying his next. “I’ve got a body of work that isn’t a debut album,” he says. “I’m not sure what I’m gonna call it, but it’s not an album in the sense of length and significance to my career.”

But that’s not to say Avelino isn’t prepping his debut: “It’s important to see everything you do as significant, but the fact is you only get to do a debut once, so it’s always gonna be special.”

As things stand, anything he releases will drop via More Music, his management company started by his school friends. Labels have been sniffing around, but he’s been nowhere near a dotted line so far. “I’m managed, not signed,” he explains.

“More Music is a group of people that I consider family that are running a business, it’s not complicated. I’m not an anti-label guy that’ll go round telling people it’s wrong to sign record deals because it sounds cool.

It’s an each to their own situation, and different things work for different artists, maybe the time will
be right for me to do a deal, but it hasn’t happened yet.”

For now, Avelino’s focused on enjoying what he calls “a golden age” for the UK scene, determined to “push for bigger, better things”. If he carries on like this, don’t bet against him ascending like Skepta and Wretch 32.

“I’ve built this thing with my people,” he finishes. “Of course I’d like to turn what I do into popular culture, I’d love it.”