On The Radar: B Young 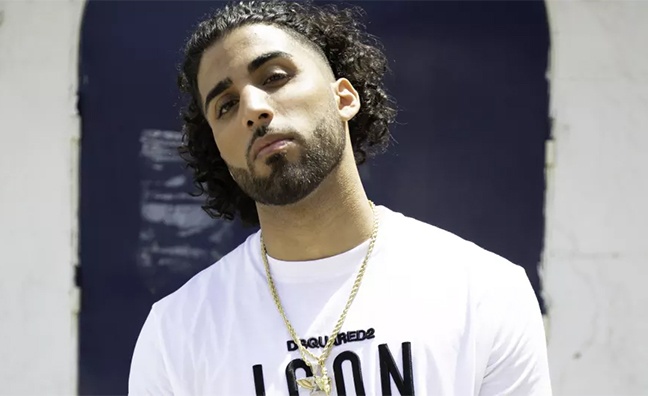 In some ways, B Young is massive, but in others he’s like any other aspiring bedroom musician trying to make it. “Even when Jumanji was blowing up, I’d go to shows and people wouldn’t know what I looked like,” he says, referring to last year’s breakout hit, which peaked at No.13 and is edging towards 630,000 sales, according to the Official Charts Company.

You might say B Young embodies the modern phenomenon of an anonymous hitmaker. The streaming sensation (Jumanji has more than 43m Spotify plays, while the rapper has almost 2m monthly listeners) whose tracks blow up, taking on YouTube, the radio and the charts, too. Based in a musical melting pot in Hackney, East London, B Young has been rapping, singing and experimenting with beats since he was 12, but he agrees “100%” that his ascent has come from nowhere. Taking in influences ranging from US rap and hip-hop, grime, dancehall and Afro Bashment, B Young’s output so far has been characterised by R&B licks and melodies. Party music, basically. “I make a song that I would listen to, just the good vibes,” he explains nonchalantly. “I guess that’s the key, good vibes are what I’m trying to bring. I want everyone to have a positive feeling and a good energy.”

While plans for an album are unconfirmed, he promises a wider range of material is forthcoming. Columbia, who signed B Young in the starry wake of Jumanji, are adopting a hands-off approach, content to let Jumanji and follow-up 079Me – which is gunning for the Top 20 on more than 113,000 sales so far – do the work. B Young confesses he was concerned his low-slung new single “wouldn’t perform as well” as Jumanji. “Sometimes people have a hit and then they can’t follow up with another, and the next one was pressure for me, like personal pressure.”

He needn’t have worried. So far, B Young and his team – old friends who exchange ideas in a WhatsApp group called Game Time, the name they gave their business – are executing things just fine. “They give me advice, and I like it because we’re quite broad in terms of what everyone’s doing with life,” he says. “We’ve got students and people working in a bank… they each have their individual opinions.”

But this self-taught artist is very clear that “no one tampers with my music”. Such an intimate approach means that B Young’s gigs, where frenzied fans scream his lyrics back at him are “overwhelming, I still can’t get used to it.” With his profile increasing, he might have to. He’s resisted the spotlight so far, but how long can it last? “I genuinely want people to appreciate the music and I don’t want to sway them from that by trying to be a personality and a celebrity,” he says. “That stuff might happen regardless, but I’m not too fussed to be honest…”