On The Radar: Be Charlotte 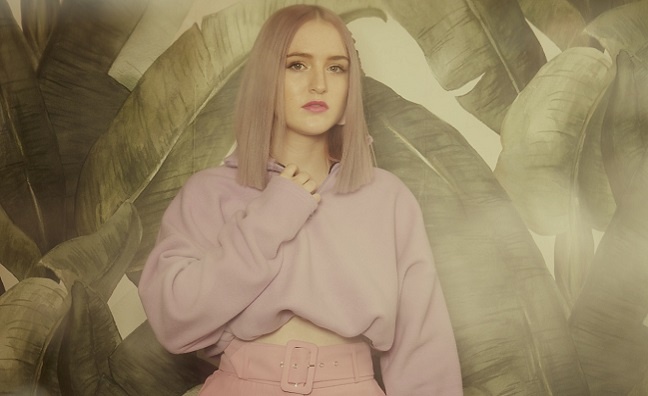 Charlotte Brimner is fed up with waiting. “It’s such a lonely process sometimes,” says the 21-year-old singer and songwriter who calls herself Be Charlotte to encourage young people to embrace who they are. “Having songs and waiting to release them is quite scary. I just want to get my music out there, see what people think and play some shows.” Thankfully, the hanging around is over for Brimner, who signed to Columbia through its German office at the end of 2017 and dropped the sparky Do Not Disturb in March. Released on Insanity in the UK, it was the Scot’s first single as a major label artist. Naturally, it’s her highlight of a journey that began playing guitar along to Avril Lavigne and Tracy Chapman and slogging around Dundee’s open mic circuit. Now, she’s arrived at a pop sound with real bite. “There are so many ups and downs people don’t always see, I’d spent two-and-a-half years between releases and that can feel like forever,” she says. “Knowing I had stuff going on that no one else knew about, you doubt things. Releasing that song felt like such a good moment, it was like, ‘OK, I’m ready to do this.’”

As a product of her hometown’s pub scene embraced by a major label overseas, Brimner’s path mirrors that of a certain tousle-haired piss-taker who’s charmed the music biz in 2019. “Lewis Capaldi signed through Germany too, it’s nice to have the backing of a country you’re not from,” says Brimner, who caught many of Capaldi’s early shows and has gigged with the singer. “He worked so hard for so many years before anybody knew his name. People want to think he appeared out of nowhere, but he didn’t, he worked his arse off. It’s mental.”

Brimner, who’s currently based in Berlin, talks eloquently about the industry she’s coming into. “Mine is weirdly organic for a major label story,” she says, explaining that showcase festivals including Eurosonic helped attract Columbia. “It’s nice, my dream wasn’t to get signed, I just wanted to make music. I learned more when we started talking to labels, but I wanted to make sure I signed with the right people. It’s really natural, I didn’t want to sign a major deal and totally change.”

All of which leaves Brimner free to focus on her songs. She’s already followed Do Not Disturb with the pumped up Brighter Without You, and more music is coming. “I’ve always written what I’ve had inside, I like to draw from personal experiences and things I feel passionate about,” she explains. “I could never imagine singing something I didn’t truly believe in.”

Really, Brimner wants to provide a modern pop alternative. “I want to give a narrative that’s different to what other people are saying,” she says. “I’ve never been the sort of person who’s going to write about boys, partying, make-up or stuff like that. I’ve never wanted to do that and I still don’t, I want to talk about real things.” Now, Brimner has her chance…