On The Radar: Beabadoobee 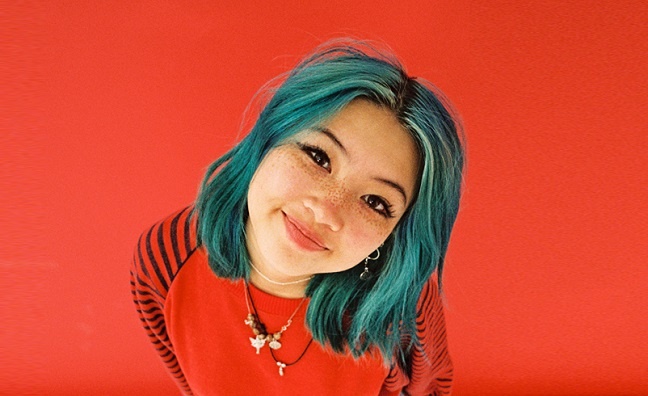 I’m pretty much just pissed off with modern life…”

Bea Kristi is on a quest to save her generation. Using her obsession with the ’90s to fuel her frayed guitar pop, the 18-year-old who goes by Beabadoobee wants to help people like her navigate a way through the world. Born in Philippine city Iloilo, Kristi moved to London as a toddler. It didn’t take long for the guitar to come into her life. Her upcoming Space Cadet EP (due next month on Dirty Hit) follows the runaway success of its predecessors, Loveworm, Patched Up and Lice. Kristi now has more than a million monthly listeners on Spotify, and her new EP is just for them. “‘Space cadet’ is a word for someone who can’t fit into anything, a very strange person,” she says. “That’s kind of me, I’m strange and hard to understand and that all comes within my insecurities. I write for all the kids who are strange and need music to dance to.”

Kristi is writing a lot at the moment, able to concentrate on music now her A-levels are out of the way. She’s on her way to the studio when Music Week drops in; it’s the last stop on a busy day that has already taken in a swimming lesson and therapy session. “I know it’s hard to find something [to do] after school is done, but I’m lucky enough to just chill and do what I love,” she says, before sniggering at the thought of her recent exams. “Oh my God, so bad. We don’t talk about my grades!” she says. “I did school, but I was so shit that I basically didn’t.”

Kristi spent any spare time she had working on music: “I wake up every day and say, ‘I’ll write a song’. That’s what I want to do and that’s what I’m meant to do.” By now, her obsession is all-encompassing. Hearing Nirvana kick-started an infatuation that led to Lush, Pavement, Sonic Youth, Grandaddy, Destroyer and beyond. “When you listen to music it just makes you as a person. I remember listening to Nirvana and I just became like, ‘Yep, I’m from the ’90s, I dress like this and I listen to Nirvana’. It’s so cringe!” she says. “But it’s taken over me and I’m not complaining. I still want to be within the times, but I take inspiration from the ’90s, it just feels attractive to me.”

People are falling for Kristi’s music because it’s fresh and breezy; layering guitars and candid, funny lyrics to make loose, escapist jams. “People wonder why I write so much, I see music as a way of organising my brain, there’s a lot of shit going on in there,” says Kristi. “Writing helps me let everything out, like a little counselling session. And it helps other people, so it’s win-win. All teenagers go through the same shit and feel crap sometimes, it’s nice knowing I’m not alone.”

Before we leave her, there’s just time to discuss Kristi’s other principal obsession: Tom Hanks. “I love everything about him,” she says of the star, whose face is plastered on her bedroom wall. “His face makes me so happy, every time I do a show, I put him on the rider: ‘Vodka, crisps, Tom Hanks’.”

Maybe he’ll turn up one day?