On The Radar: Bree Runway 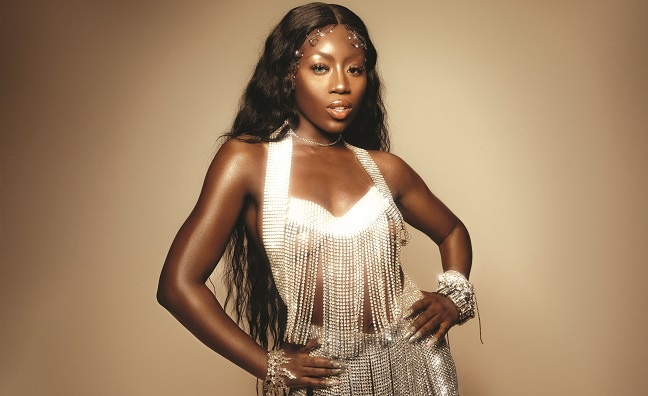 "It’s literally the epitome of zero fucks given…”

Bree Runway’s description of her new single Apeshit is ringing in Music Week’s ears, but only for a second. The fading sound is quickly replaced by the East Londoner’s electric shock of a laugh. We’re a minute into our conversation, and it’s already brilliant. “It’s inspired by a YouTube comment I saw about me,” says Runway. “It said, ‘When I first started watching, I thought Bree was too much for me, then I realised that I wasn’t enough for her!’”

That analysis, says singer and rapper Runway, who’s cultivating a reputation for lurid, genre-splicing pop bangers, serves to sum up her entire existence. “I’m the most extra bitch on the planet. Sometimes people think I’m doing too much, but it’s actually you who’s not doing enough. That’s what the song is basically all about: fuck everyone and just do you.”

That has been Runway’s message since she first started taking music seriously. Badly affected by bullying at school, she was encouraged to sing by her teachers, but it wasn’t their praise that finally made the fact she had a talent sink in. “The turning point was in secondary school when I sang in front of Michelle Obama around the G8 Summit,” she explains. “She came to me and said, ‘You’re a star, what are you doing? I need to see you singing at the White House at Christmas or something’. I went, ‘Oh my God, no way!’”

Then, Bree decided to embrace rebellion and dive headfirst into doing exactly what she wanted. “I thought, ‘I’m cutting my hair, I’m gonna wear Dr Martens. I don’t give a fuck about that the boys are saying that they look like workman’s boots.’ At the end of it, everyone started dressing like me,” she says. Bree began to cultivate a musical style and aesthetic defined by boldness and abandon. Last year’s Be Runway EP was her best moment yet, a six-track hint that she’s an icon in the making. She buzzes off the feeling that there’s appetite for more music among her growing army of fans. She particularly enjoyed collaborating with Brooke Candy (“It was love at first sight, we were in the studio bouncing our boobs at each other and doing the splits on the floor”).

Bree loves Doja Cat and has further support from Kehlani and Rihanna, too. “I’ve come incredibly far, it’s crazy,” she says. “I saw Rihanna in Paris and she held my shoulders and said, ‘You’re fucking fire, you need to keep going’.” Not that Bree needs any encouragement. She’s honing a powerful approach to the music industry (“It’s important to be true to yourself and not sell out or try to lick arse”) and is beyond excited to play live and develop her sound this year, promising two new projects. Naturally, her ambitions stretch way beyond that.

“I would love to play The O2 one day, I want to smash the fuck out of Wembley. I want power, stardom. I want to achieve the most insane heights,” she finishes, ending the interview as breathlessly as it started. “I feel like I’m going to smash it. I really do. I don’t have any doubt about that.”