On The Radar: Catherine McGrath 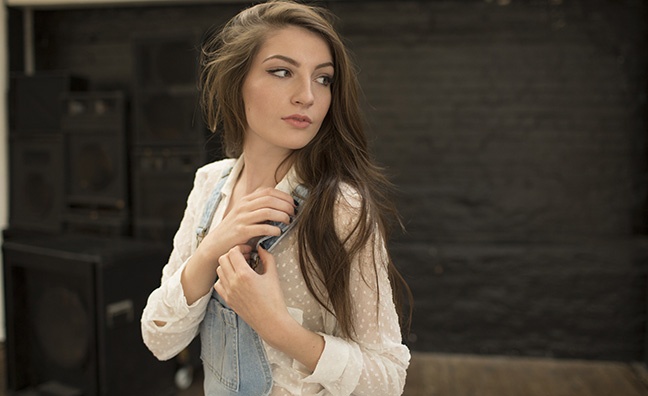 The word “weird” is fast becoming a habitual, if not involuntary, part of Catherine McGrath’s daily vocabulary. Speaking to Music Week from her Belfast home, she says it’s weird that she’s got a foot in the door in Nashville. It’s weird that nearly a million people have listened to her debut EP, One. Naturally, it’s also weird that she’s about to play Country 2 Country Festival, where three years ago she was just a punter. Judging by her career trajectory, this talented country singer had best get used to the weirdness.

The 19-year-old’s musical journey started seven years ago; McGrath remembers the epiphanic moment like it was yesterday. “I heard Taylor Swift’s song Love Story on the radio,” she says. “I watched her interviews talking about people like Faith Hill and Rascal Flatts. I looked them up on YouTube and found people like Carrie Underwood and Kacey Musgraves. I went on a country spree and fell in love with it.” From there, McGrath started posting covers on YouTube until her rendition of Ed Sheeran’s Lego House caused ex-Warner Bros president Conrad Withey to reach out and express his admiration. Her reaction wasn’t exactly textbook.

“I was like, That’s obviously not real!” she laughs. “I ignored him. Three months later, he messaged me again and I was like, This guy won’t go away, who is he?” Withey was, of course, who he claimed to be and, once McGrath finished college, she promptly signed to Warner Bros. Weirdness ensued. Soon enough, McGrath found herself nervously shuffling down Nashville’s Music Row and into a session with Liz Rose – the songwriter behind many of Swift’s earliest hits. “I was so nervous,” she reflects. “I walked in and there were pictures on the wall of all these songs she’d done that I loved. It was crazy and so fun, she was really happy with the song we wrote and I’m going to write with her again.”

The song in question – Cinderella – distils McGrath’s music perfectly, a recovery of the streamlined country pop sound of Taylor Swift’s first two albums. Lyrically, too, McGrath draws parallels to Swift in her ability to channel the swell of emotion as new love either sparks into life or explodes like a sack of crap. “I write a lot about love, and not even because I’ve been in loads of relationships and know everything,” she muses. “It’s kind of because I don’t really know anything about it." There’s a pronounced innocence to her debut EP, something that’s endearing her to a large audience. Having recently played dates with Una Healy of The Saturdays, her next stop is Country 2 Country Festival.

It’s a sign of just how far she’s come, and in more ways than one. “Just over two years ago I wouldn’t sing in front of anyone, not even my mum and dad,” she says. “I knew it was what I wanted to do, it was just finding the confidence. In a way I put videos on YouTube because I wanted to see what people outside of my family would say about my singing. I wanted to know what strangers thought.” And in 2017, a lot of strangers are probably going to think that McGrath is one of the brightest emerging talents in country music.