On The Radar: Celeste 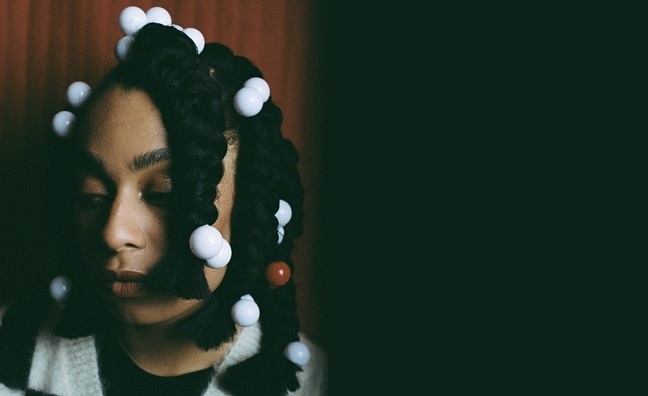 Revisit our June 2019 On The Radar interview with Celeste, who's just been crowned the winner of the BBC's Sound Of 2020 poll...

We’re halfway through 2019, and Celeste Waite is in the eye of the storm. The Brighton singer, who channels soul, jazz and the classic sound of the most well-thumbed corners of the best record shops, is shaping up as one of the most original British talents in some time. When she finally got to play The Great Escape in the town she grew up in last month, the industry left the room making delirious comparisons to Amy Winehouse and Adele. No pressure, then.

“When I hear things like that I find it really flattering,” says Celeste, who goes by her first name and is signed to Polydor. “It’s really an honour because they’ve done a lot more than me in terms of culture and the music they’ve given to the world.” The 24-year-old breaks into laughter and says she’d “feel good” if she were ever to enter the same stratosphere as Amy Winehouse or Adele, but music comes first and foremost. “If those things happen, hopefully it’s a product of doing something good, important and worthwhile that people want to listen to for a long time,” she says. “I don’t know if those people ever get to realise in the moment that that’s what they are. I’d be humbled, hopefully it would spur me on to make more music.”

That’s precisely what the singer is doing when we interrupt her morning in the studio. New single Coco Blood (July 2) is soon to follow her celebrated Lately EP, which featured twinkling collaborations with Leeds jazzers Gotts Street Park, and she’s already planning her debut album. “Coco Blood is a coming-of-age song, it sums up a lot of different thoughts I had when I moved to London and the different things I was experiencing,” Celeste explains. “It’s a reflection on nightlife, discovering new things and people, but still remaining focused on being successful.”

The singer says the song’s title reflects her Jamaican heritage, and highlights a nice line in the second verse (“Old man in a new Jag”) that she wrote in tribute to a memory of riding around in her granddad’s fresh set of wheels as a five-year-old. Back then; Celeste was already into Aretha Franklin and Nina Simone, thanks to her family’s passion for music. “It’s something that comes naturally, this is the music I grew up listening to, that taught me to sing,” she says. “It’s not a conscious decision to create classic sounding music, my voice just thinks for itself in that context and I definitely want to sound like myself and nobody else.”

My voice just thinks for itself

Celeste has been working out how to do that ever since a poem written the night before she went into the studio for the first time sparked 2016 track Daydreaming, which came out on Lily Allen’s Bank Holiday Records. Her songs unfold slowly, as personal stories float over rich musical backing. “If I didn’t write about those things, I wouldn’t really have much to say. I have to write about things that have happened in my life, things I can understand and observe,” she says. Next up for Celeste is her first trip to Glastonbury. She says it was always her plan to debut on Worthy Farm as a performer rather than a punter, and her determination is paying dividends so far. “I just want to do more and more,” she concludes. “To be the best I can be.”