On The Radar: Davido 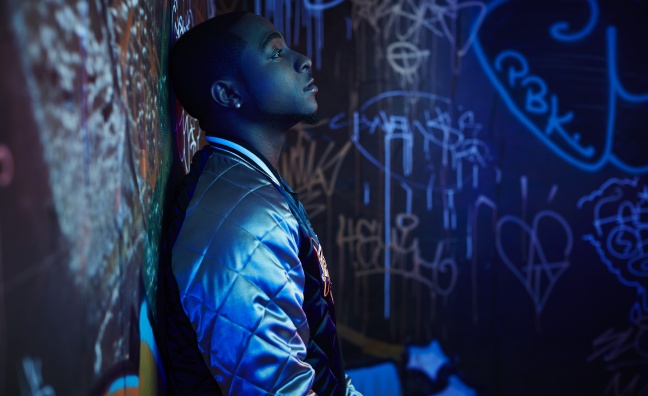 If it was up to Davido’s billionaire businessman father, he wouldn’t be making music. The 23-year-old was just 13 when he started producing, after inheriting a love of music from his late mother.

“She was always finding every little excuse to throw a party,” says the singer, who classes his music as “Afro-fusion” as opposed to Afrobeat.

But when his career began to take off while he was studying business management, Dr. Deji Adeleke made it clear that a degree was of paramount importance, and that without it, Davido would not have his blessing.

“I understand why he insisted on this,” he says. “But at the time it was very difficult for me, because I knew I could make great music and get booked for important shows.

I went back to school and did my degree. It was hard to make both work but I did it.”

Born in Atlanta, Georgia, Davido relocated to Nigerian city Lagos with his family when he was young. There have been plenty of opportunities to sign a recording contract since he started releasing music, in his home countries of America and Africa and in the UK.

However, it wasn’t until family friend Efe Ogbeni got involved that he seriously considered getting a deal.

“Efe has been in the system [for a long time] as far as the western music business is concerned, having previously worked with the likes of Akon and Enrique Iglesias.

He had been following my growth as an artist since I moved back to Nigeria, and was in steady communication with my family and my manager Kamal Ajiboye.

The whole thing came together earlier this year.”

“I really wasn’t expecting any of this,” he adds of his worldwide deal with Sony.

“But now that it has happened, it makes me feel like I have been made an ambassador for African music.

So many of us are doing our thing not knowing how much we are impacting the rest of the world, so it’s an amazing feeling and an amazing opportunity.”

How Long, featuring Californian R&B singer and A$AP Rocky collaborator Tinashe, drops on October 14, and is the first track from Davido’s first Sony-backed EP, Son Of Mercy, out October 28.

It shows a “grown-up and calmer” side to his music, while lyrically it’s about “how long you can wait for what and who you trust and believe in”.

Also included on the EP are Gbagbe Oshi – which in Nigerian translates to “forget the bullshit” – and Coolest Kid In Africa, which features South African rapper Nasty C and finds the pair “singing about how we as African kids are cool and can make it anywhere in the world.”

Return, meanwhile, condemns violence towards women. “[I want] to let every woman out there know that is not right to stay in an abusive relationship, no matter how much you think you love the man”.

While releasing an EP on a major label undoubtedly constitutes a career-defining highlight after a long road for the singer, there’s plenty more material on his highlights reel.

“This whole journey has been filled with lots of firsts. I have been able to play shows in my home country, where people literally tell me every day how much my music means to them.

One of my songs, Aye – a track sung in my language – has more than 35 million views on YouTube,” he says, naming just a couple.

“It’s an awesome feeling to know I can create music people connect to, even if they don’t understand me.”

With a full-length album and a world tour imminent, Davido’s next aim is turn himself into a “world-class brand”.

“My goal is to be very successful and create my own timeless Afro-fusion sound,” he finishes.

“I want to impact the world in the most positive ways possible.”