On The Radar: Emma-Jean Thackray 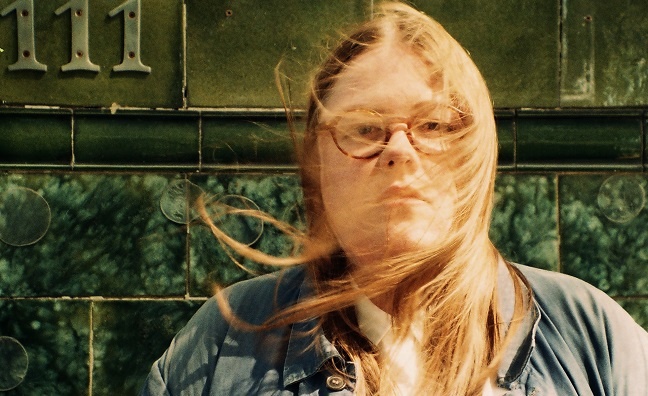 I really hate being told what to do, it’s the worst…”

Emma-Jean Thackray lives her musical life without limits. Ever since she started playing the cornet as a kid growing up in Yorkshire, she’s aspired to do as she sees fit. Fast-forward to today, and the classically-trained jazz musician has just released her Rain Dance EP on her very own Movementt label, which goes through Warp, one of the most revered indies there is. Straddling free jazz, improvisation and electronic explorations aimed at the dancefloor, she’s at the forefront of new alternative music in the UK.

“There’s no one telling me what to do, which is amazing,” begins Thackray, when Music Week drops in on her at home in South East London. “My next release is some free jazz and I’ve got some stuff that’s really housey. I want to be able to do any of that and for it to make sense coming out of one place, with one home.” Thackray has been seeking the warmth of home since her childhood. Moving from cornet to trumpet, she played in brass bands and then had her mind blown by hearing Miles Davis for the first time. Jazz greats blared in her Walkman as a teen. “I grew up with a fantastic family, but no one was creative or supportive at all,” she says. “I’ve always struggled to have that feeling of home and acceptance. This is just me not relying on anyone and trying to make it for myself, making my own home with my own musical family.”

Thackray plans to sign and release new music via Movementt, and dreams of doing exactly what she’s doing now on a bigger scale. After coming up in the same jazz bars as musical peers including Ezra Collective and Nubya Garcia, Thackray will play a key role as the genre continues to grow. “We used to try stuff out in Oliver’s jazz bar in Greenwich in front of an audience of musicians,” she says. “It’s not crusty old swing anymore and that’s resonating, this is a different story to what’s on the radio. There’s no reason why someone jazz-leaning couldn’t play The O2 one day.”

Thackray says we’re in an exciting time, and nods happily when we ask if she feels the music industry is catching on. “Lots of labels are not so interested in how they’re packaging stuff [these days] and let the music speak for itself. I hope that means artists are not trying to limit what they’re making,” she says. “There’s lots of really interesting playlisting too, streaming services really don’t have to put anyone in any playlists, it’s amazing when they put artists with much smaller fanbases adjacent to something really huge. It blows my mind, the reach we have as individuals.”

Listening to Thackray talk about where experimental music is heading in the UK is refreshing, and she envisions a future where genres are blurred into obscurity. “I guess I should be saying I’m a jazz artist, but my music is influenced by so many other things, like dance, hip-hop and the fact I don’t really believe in genre labels,” she says. “I’m not putting any limitations on what it is and therefore there’s no limit as to who might listen to it.”

All of which begs one final question: what does it feel like to make music with no boundaries? “When I’m improvising I go blank, which might sound strange because it’s a moment of hyper-concentration,” she says. “It’s completely calm, a state of flow where I’m listening and responding. It’s a meditative, trance-like state…”