On The Radar: Enny 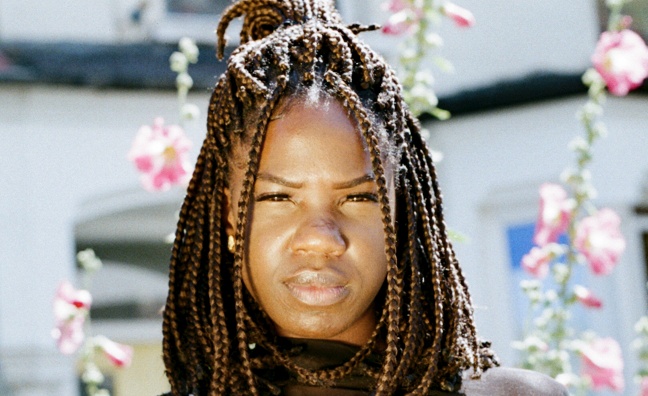 As childhood nicknames go, ‘Missy Elliott’ has to be among the best Music Week has ever heard. Growing up in Thamesmead, where South East London blurs into Kent, emerging rapper Enny was named after the US hip-hop legend thanks to a particular item of clothing.

“I had a big, red puffy Adidas jacket and I used to rap, so people called me Missy Elliott in primary school, that’s a vivid memory,” begins Enny (real name Enitan Adepitan), chatting to Music Week at the end of a big year. Everyone knows 2020 has been weird, but for Enny – who’s making a splash with her hard-hitting, but warm blend of rapping and soulful melody – it’s been transformative.

“This time last year I hadn’t even put out a song,” she explains. “I’d just quit my job. I was working in a bank as a payments officer, it got the point where I was like, ‘Nah, this has been two years and I’m not happy’.”

Now, despite lamenting the lack of a “functioning world”, Enny is much happier. She released debut single He’s Not Into You as the pandemic took hold and planned to make Peng Black Girls, a celebration of friends, family and community, her next one. Before it came out, Famm – home to Jorja Smith – got in touch and soon joined Enny’s team, alongside Hackney music collective Root 73. A remix of Peng Black Girls featuring Smith lands this week.

With a collage of black women on its sleeve and a joyful message of empowerment, the track came out crackling with electricity, the backdrop of the Black Lives Matter movement lending extra poignancy. The reaction was overwhelming, especially because Enny had her doubts about pursuing music in the first place. “I wasn’t seeing people that looked like me, I thought, ‘No one’s gonna buy music from a dark skinned black girl that raps’,” she says. “But as I started to get older, it got to the point where I thought, ‘Just chase your dreams, man’.”

Enny hasn’t experienced discrimination in music (“I hope I never do, but I feel like it’s inevitable”) but in Peng Black Girls, she has a song to crush it with good vibes and positivity.

“It does feel special, the song is two years old, so it feels like everything happened for a reason and it came out when it was supposed to,” she says. “I thought the beat was sick and just wrote what I was feeling. It didn’t feel political or like I was saying something profound or amazing, but when people hear it they’re like, ‘Oh my gosh, this is quite moving’, so it’s kinda cool.”

This time last year, I was working in a bank and hadn’t even released a song

Enny’s team made T-shirts and gift packages to support the release, amping up the community feel. But she isn’t about to assume the position of a voice of a generation, it’s not her style. So,  we ask, what makes a good rapper?

“I don’t know, because I think I’m pretty basic!” she says, breaking into a big laugh. “As long as you’re rhyming well and saying something, it could be delivered in the craziest way, but I just need you to say something with substance or a bit smart, it doesn’t have to be conscious-smart, just something I’d catch and think was sick.”

Enny talks about music with loving care, the result of growing up in a musical household and teaching herself to play her dad’s keyboard. She enjoyed Thamesmead Festival (“It might have been the real JLS, or a fake JLS that played once!”) and learned music in Saturday school, too.

“I love connecting to music, listening to a song and feeling an emotional attachment where I have to bang it out 700 times a day,” she says. “And that’s all I really want for my music, just to know that it’s connecting.”