On The Radar: Gavin James 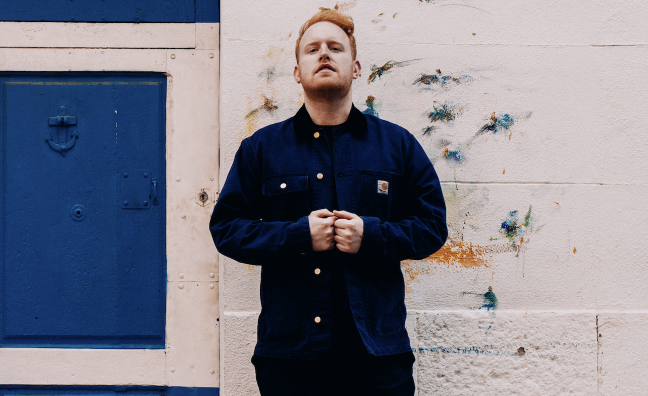 Whatever your feelings on the much-debated Galway Girl, Ed Sheeran’s geographic knowledge of central Dublin was first-hand. How many times he wandered south down the city’s main shopping  thoroughfare Grafton Street we’ll never know, but on one occasion at least he ended-up in influential venue Whelan’s on Wexford Street. That day changed Gavin James’ life.

“I met Ed in Whelan’s and he asked me to support him in Dublin’s Croke Park,” the singer-songwriter tells Music Week. “He’s a great guy and it was one of the biggest gigs I have ever done.”

While the 2015 stadium show was an obvious step up for the Dubliner, Sheeran had no doubt learnt of James via a live rep that had seen him grow a residency at The Old Store (the new name for legendary Temple Bar venue Eamonn Doran) from 10 to 500 people in the space of a few weeks. Having picked up a guitar aged 12, James started writing after being struck by Bob Dylan’s The Times They Are A Changin’ in his parens’ record collection. The times truly changed for James, as the encounter with Sheeran followed him quitting his job in a solicitor’s office to focus on music.

“I learned that songwriting is much more enjoyable,” he grins when asked if his previous career has prepared him legally for the industry. “Plus, now I’ve got my own solicitor.”

That has no doubt come in handy as he has quietly become a streaming demon, guided by Christian Tattersfield’s Good Soldier. With 6,315,061 monthly listeners on Spotify, over 100m YouTube views and a million Shazam tags, even his own publicity material refers to James as ‘the greatest songwriter you’ve never heard of’.

There is such talent in Ireland right now

“I have released as much music as possible, adding acoustic and live versions and I have a great team, but really my mam has all my songs on repeat,” he jokes of his numbers, adding modestly that he’s now reasonably well-known at home.

While some acts fail to make it stick across the Irish Sea, James says his generation will make an impact.

“There is such talent in Ireland right now, with so many acts doing really well across different genres, it’s a great community and everyone really helps each other,” says James, shouting out Fontaines DC, David Keenan and Luz. “Streaming has also been great for finding new markets. Just back in January, I did my first show in India and I could not get over the amount of people who knew all my songs. My first show in South Korea sold out, too.”

Latest single Boxes looks set to catch fire in the UK. Woven around a chiming riff, it catchily balances confessional songwriting and a universal pop moment. “It has a message of following your dream and not listening to anyone and just believing in yourself, which felt like a great way to start the new album,” he explains.

James’ third record is on the way next year, but before then he will be at forefront of Ireland’s new normal, playing a drive-in tour in July and August. “It’s going to be very different, but I’m really looking forward to getting back out,” he declares. “It was great to see the dates sell out so quickly, people really want live music!”

Talking of which, after his day Ed Sheeran at Croke Park, perhaps James can shed some light on the veracity of Galway Girl. Was he there when Sheeran encountered that fateful fiddle player?

“I didn’t meet Ed again until he was working on the new album, so I had no responsibility for Galway Girl,” he smiles. “I actually love that other song he had called Barcelona.”

As a homegrown star, James’ Dublin disloyalty will no doubt be forgiven, but with his growing streams soon the Catalans – and everyone else – will be claiming him for their own.