On The Radar: Georgia 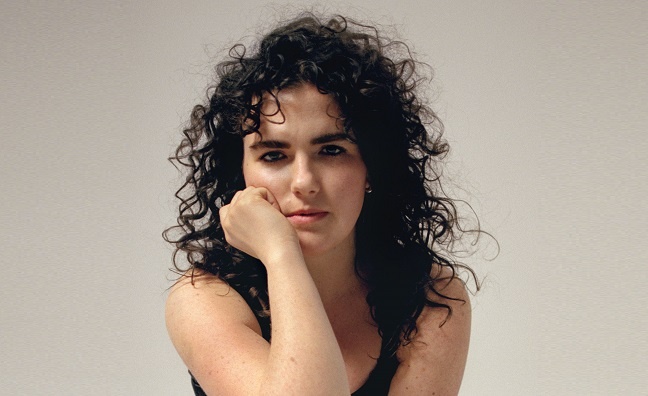 "It was the first time I’d stood in a vocal booth and had someone tell me to sing, really sing, open my mouth and fucking let them have it, to be like Robert Plant. I was like, ‘Wow! OK, fuck it, I’m gonna do it…’”

Georgia Barnes is reminiscing about the first time she visited Wayne Coyne of The Flaming Lips in Oklahoma. The pair have been jamming for a while now, and it turns out encouragement from the exuberant psychedelic musician, who bounces on the upturned hands of his crowds in a giant orb, was just what Barnes needed. Her upcoming second album, due on Domino later this year, is set to crystallise her artistic vision. Londoner Barnes, who rose to prominence after drumming for Kate Tempest, is so excited she’s using the ‘C’ word already. “It feels like we’re finally on the brink of crossing over,” she says, taking time out to speak to Music Week on her first UK tour. “It’s really exciting. We’ve had great crowds, everyone’s been dancing and it’s been great playing new songs.”

You may remember Barnes’ eponymous 2015 debut, an experimental effort that hissed and gurgled, sounds bursting out as if the record was taped together at the seams. As resplendent new songs Started Out and About Work The Dancefloor (which has been playlisted by BBC Radio 1 and 2) illustrate, Barnes has reconfigured her sound, powered up her voice and hit upon a strain of modern pop injected with Chicago house and Detroit techno. “A lot has changed in the music since my first album,” she says. “I spent a lot of time rethinking things in the studio, not rushing things was a good thing to do.”

Barnes made her new album in the studio built by her dad, Leftfield’s Neil Barnes, at the bottom of the garden at the family’s London home. “About five years ago my parents separated. My dad moved out and I moved in, so there are positives and negatives to the story,” she explains. “The first album was made between 11pm and the morning and was quite experimental and raw as a result. After it came out I knew what needed to be done with songwriting and production.”

I realised that I do have a voice...

Barnes kept to a disciplined timetable this time, drafting in engineer Sean Oakley and working on mixing with Mark Ralph, in whose studio she delighted in using Roland TR-909 and SH-101 synthesisers. “My ideas turned into amazing songs made authentically in a studio, which is what I always wanted to do,” she says. “I’ve always known that I’m confident with production, but songwriting is bloody hard work. I went back to songs I’ve loved throughout my life, listening to Neil Young and Joni Mitchell, Curtis Mayfield and Buddy Holly.”

Barnes plugged that melodic sensibility into her love of Depeche Mode, the Eurythmics and The Human League, twinning chunky synth lines with hedonistic lyrics inspired by the freedom and inclusivity of the dancefloor and the “changes and trappings” of London life. The result could put this rising talent on the map for good. “I realised that I do have a voice and I’ve got to make it a bit more accessible,” she finishes. “The possibilities are endless…”