On The Radar: Grace Vanderwaal 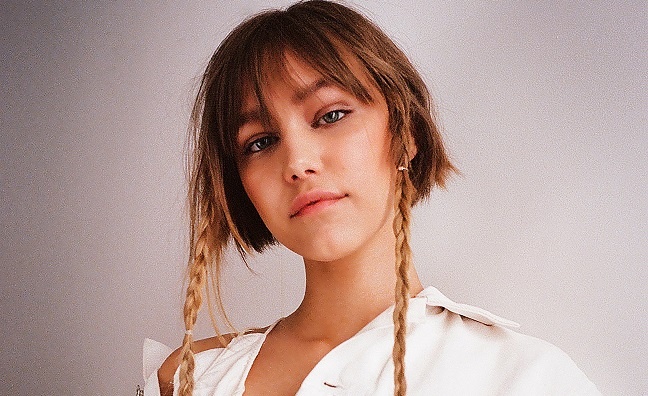 Get ready to discover a lot more about Grace Vanderwaal. Millions of fans know the teenage winner of America’s Got Talent 2016 already – a combined total of 7m follow her across Spotify, Facebook, Instagram and Twitter – so it’s time to get up to speed. America’s next big star is about to drop her Letters Vol 1 EP, which she hopes will fill in the blanks. “I want people to find out more about me, but not in a way that you would expect, not in my words, like, ‘Oh, that’s happening to her, I know that about her now’,” Vanderwaal begins. “It’s more about me as an artist, this music is what I like to do, this is the world that I’m in.”

Vanderwaal won America’s heart with her ukulele-assisted songs aged 12 back in 2016, sweeping to victory on the TV talent show. In 2017, she released debut album Just The Beginning, and became the youngest person to be included in Forbes Music 30 Under 30 last year. In 2020, she will play the lead in much-hyped Disney film Stargirl, which seems apt. But, more than anything else, music holds the key to the future of this Kansas-born 15-year-old who’s finding her feet in an increasingly crazy music industry. Music Week meets her in the middle of a busy day of label meetings, and there’s an immediate sense of excitement about what’s coming.

Spearheaded by the dark-hued I Don’t Like You (“What’s it about? You know”), the EP is spiky, futuristic, diverse; these are the kind of songs aimed at speaking to a generation. “This EP is closest thing to what I hear in my mind that I’ve made so far. I always hear some things that I’m never able to execute,” the singer explains. “I’ve improved by expressing myself, being able to communicate better. I’m proud of it because I really am excited for people to hear what I hear.”

Fame is such an unformulated career, that’s why so many people can’t do it

You get the impression swathes of people will want to take a trip into Vanderwaal’s head and set up camp, relishing clear-eyed ambition and a fresh perspective. “I want to take music as far as possible. I just want to be doing it for the rest of my life, even if I stay exactly where I am,” she says. “As long as I can do something that still allows me to escape with myself I would be happy and successful.”

It turns out Vanderwaal – who’s been listening to lots of jazz of late – has considered what it means to do well in music in 2019 and decided not to focus on it. She says she’s not aware of the numbers and the hype that trail her name. “I obviously want to succeed in the more standard definition of success, but it’s not something that I base my art around,” she continues. “I never change anything to make that happen because fame and that type of success is such an unformulated career, that’s why so many people can’t do it.”

Emerging artists, Vanderwaal says, can’t afford to get caught up in such matters: “People might think they’re doing the right music, saying the right words, wearing the right thing, doing the right dance, but ask, ‘Why am I not succeeding?’ It’s because there’s no [set] way to do it.” Vanderwaal’s strength appears abundant, her music ready to take flight. Don’t get left behind.